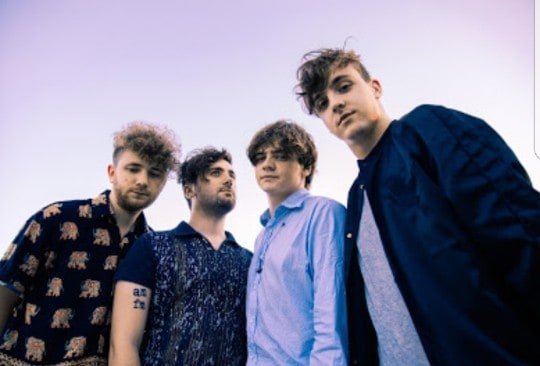 Thrilling young Irish indie rockers The Academic have announced the release of “Bear Claws,” a vibrant, anthemic piece of alt-rock mastery. The track, which casts a nostalgic glance over its now more adult shoulder, was inspired by those early youthful days when the band, still teenagers themselves, were trying to navigate their way through the minefield that is “youth socializing.”

Following their independently released Loose Friends EP in 2015 and last year’s equally successful single Mixtape 2003, the band scored opening spots with Pixies, Noel Gallagher, Catfish And The Bottlemen, and Twenty One Pilots, in addition to supporting The Strokes at Hyde Park, London and recently completed a number of sold-out UK and Ireland headline shows.

Having already earned considerable critical praise from the online community as well as nods from the likes of The New York Times and The Irish Times, the band have had significant BBC Radio 1 support with airplay from the likes of Annie Mac and Huw Stephens, while Phil Taggart has earmarked the quartet as one of Ireland’s biggest emerging acts, drawing welcome comparisons to fellow Irishmen Two Door Cinema Club amongst others.

Discussing their nostalgic new single, the band stated: “Bear Claws is a song about when you are coming of age, that period of your life when you’re just starting to socialise, getting out there and doing it. We all do stupid things at that time of our lives, not thinking about the longer-term implications. It’s also about asking people to be honest and open rather than holding back, which in adolescence is easier said than done.”