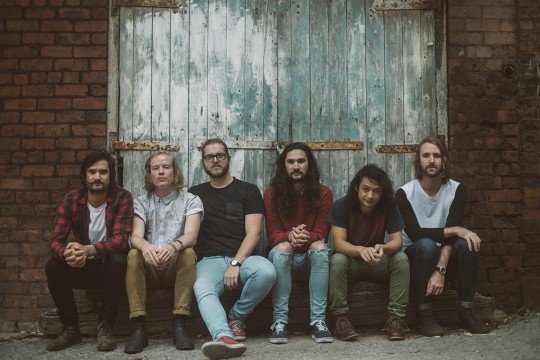 FAIRCHILD – High As A Kite

Gold Coast six-piece FAIRCHILD are proud to announce the release of their new single ‘High As A Kite’ from their upcoming debut album, So Long and Thankyou, produced and mixed by Catherine Marks (Foals, Wolf Alice). FAIRCHILD recently returned from a two-year stay in Manchester, UK, where they focused on performing, touring and finishing their record. Now they are home and ready to share their highs, lows and collective experience of what it means to make music with your friends.

Sailing immediately into the seductive hook of its chorus, ‘High As A Kite’ lulls you into its looping refrains and steady pace before the words of the first verse have even been uttered. The single builds through a mix of jagged riffs, climbing synths and coiled melodies, into an implosive crescendo.

Speaking on the track Adam Lyons states, ‘I first wrote High As A Kite on piano and it sounded quite sweet. But by the time we were in the studio, the track had morphed into this sort of passive aggressive anthem. I could detect this vein of anger running through the whole song. There was nothing about it that made you want to pump your fist or break something. It’s the sort of anger you swallow every time you have to bite your tongue and think something instead of saying it. The anger you hold back.’

FAIRCHILD have released three EPs and multiple singles, with ‘Relevance’ and ‘Start Again’ entering the Spotify Viral 50 and FMQB SubModern Charts in the US, respectively. The band has toured Japan, Singapore, Hong Kong, China, and North America, playing showcases at Canadian Music Week and Music Matters Live. During their stay in the UK, FAIRCHILD embarked on a nationwide tour with MOTHXR, supported The Human League on their A Very British Synthesizer arena shows and opened for US rockers MUTEMATH on the European leg of their ‘Vitals’ tour.

FAIRCHILD’s debut album So Long and Thankyou will be released on August 4th via their own label, Canvas Sounds.