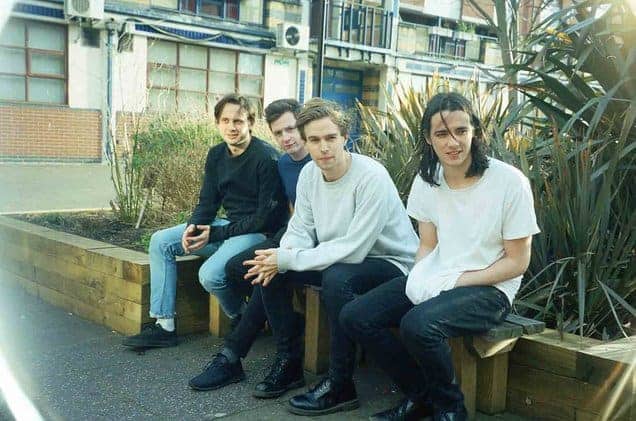 London quartet Colouring release a new single — “White Whale” — today via all digital service providers. The track is the third to be released from the band’s upcoming EP, Heathen, which is due from Interscope Records on August 25th. “White Whale” debuted this morning with Billboard. Listen to “White Whale” below:

I think a lot of the best things in life come in the pursuit of it, which makes the pay off all the more satisfying. For the four of us, White Whale is about the pursuit for some magic but also finding beauty in imperfection. Guy Garvey has since said it better: ‘What does it prove if you die for a tune? It’s really all disco,’ says Colouring’s singer and songwriter Jack Kenworthy.

“White Whale” was co-produced by George Daniel of The 1975. The new track follows the band’s previous singles “The Wave” and “Heathen,” which will appear on their new EP, along with another new track, “If I Ever Lose Your Love.” In December, Colouring released their debut EP Symmetry.

Colouring’s work has a wide-eyed relatability, whether Kenworthy is exploring elation, obsession, or even melancholy over a swirl of lush house rhythms, post-dubstep atmosphere, art rock eclecticism, and unforgettable hooks. Influences include Coldplay and U2, supporters include The 1975, The Range, and The Japanese House.