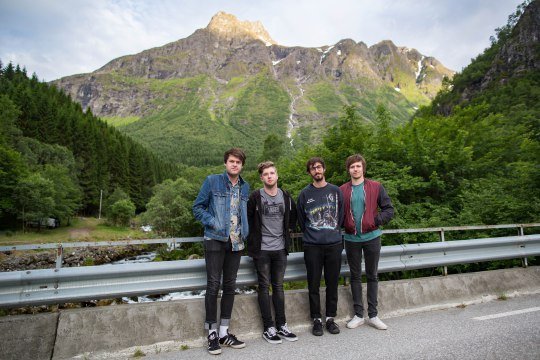 London dream pop quartet BOYS have announced the release of “Step Back,” the second slice from their forthcoming self-titled EP out next month.

The band’s atmospheric new offering features a wave of spellbinding guitar work and shimmering harmonies blended to perfection, evoking comparisons to the likes of Beach Fossils, Real Estate and Wild Nothing.

The London foursome, comprising of Ross Pearce (vocals), Mike Stothard (guitar), Kane Butler (guitar) and Daniel Heffernon (bass), have continued to develop their effortlessly dreamy live set over the past twelve months and with shows in the capital and New York City in the next few months, BOYS are primed for the spotlight.

Discussing their latest release, the band stated: “It’s about the sudden ending of a relationship, and even though you don’t want to, in the long run taking a step back from the person will be best for everyone”.