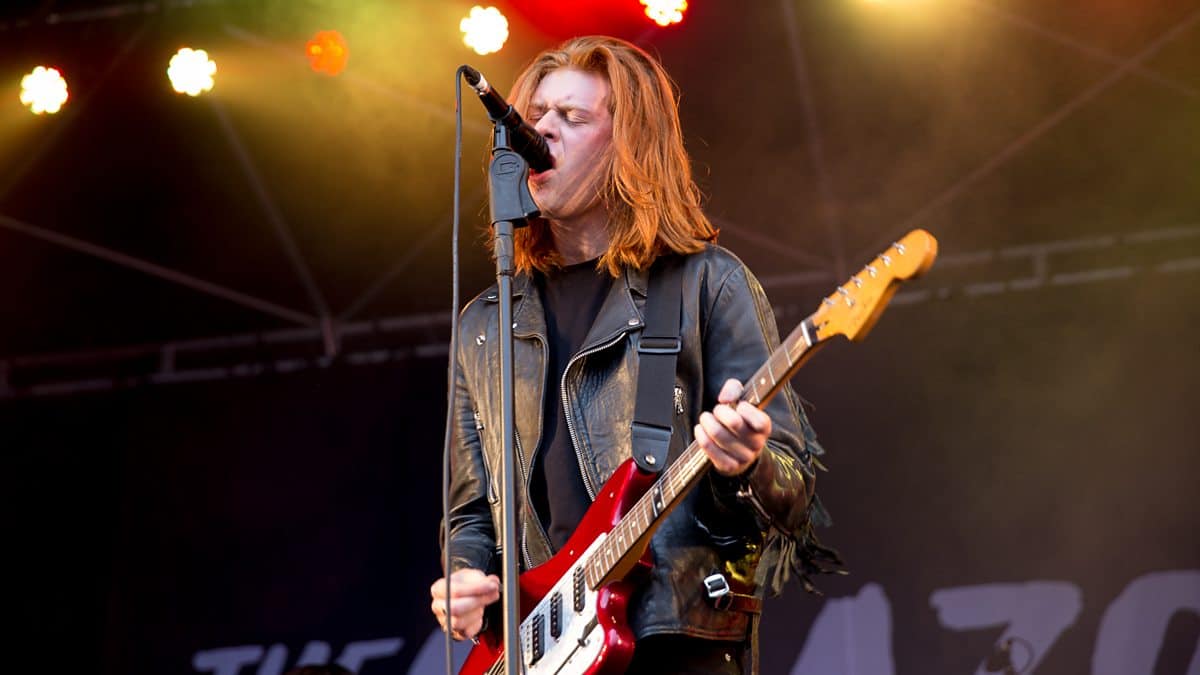 This time last year it would’ve been a pipe dream to see The Amazons pack out tents and stages at festivals the way they have this year. Competing for attention with local legends Twin Atlantic doesn’t even seem to have fazed them here at TRNSMT’s King Tut’s Stage. They come out dressed exactly as you would expect them too, a mixture of leather and denim all black and finished off with Doc Martens, probably scorching in the sunshine but they don’t care.

Their gift of a rhythm section otherwise known as Joe Emmett (Drums) and Elliot Briggs (Bass) bring enough thump to shake the ground during opener “Stay With Me.” Perhaps one of The Amazons’ most friendly songs, it seems like a clear choice as an opener, getting the boys dancing just as much as the girls. The first song I ever heard from The Amazons comes next, “Ultraviolet” and it doesn’t disappoint. Frontman Matt Thomson’s songwriting is pretty sharp, definitely so far as to overcome some of indie music’s clichés and that’s evident in the way the most dedicated of the audience shout along to the lyrics.

It’s all too easy for songs like “Black Magic” to get some lavish, self indulgent instrumentals but The Amazons keep it tight. A couple more songs go by before we’re hit with the song that gets the biggest reaction from the crowd, “Little Something.” After having released an acoustic version and accompanying video it can be easy to forget how massive this song is. By the time the second chorus hits there’s so many pits they’re beginning to look like crop circles.

Their six song set easily felt like a compilation from several albums rather than carefully selected from their debut. Having this kind of support over the summer will no doubt put them in good steads for their UK tour coming up in the autumn. With this kind of talent they’ll be headlining stages like this by next summer undoubtedly.