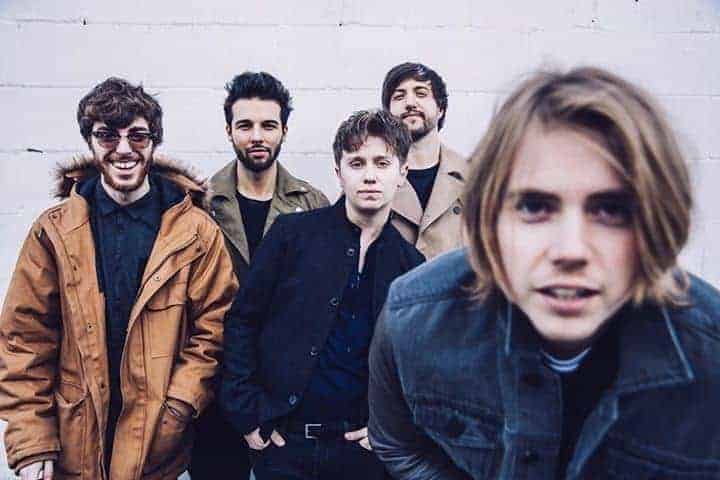 Nothing But Thieves – Amsterdam

After four whole months of radio silence Nothing But Thieves are back with the anthemic “Amsterdam.” “Amsterdam” is taken from their upcoming album Broken Machine due for release on September 8. It still sounds like the same Nothing But Thieves that took the rock world by storm eighteen months ago but now it seems they’re not tiptoeing around anymore. It’s no longer just rock, they’re breaking out their box.

The track opens deceivingly quiet, quickly launching into a thumping drum beat and surging guitar. “Amsterdam” reaches its crashing peak when guitarists Dom Craik and Joe Langridge-Brown tear into the chorus. Their thrashing riffs wouldn’t be out of place on a Queens of the Stone Age album. Towards the end of the song the deafening roar lulls into calm as Conor Mason’s voice becomes the star of the show. The startling emotion he displays and the way his voice cuts through a wall of sound are becoming defining features of Nothing But Thieves.
The lyrics to “Amsterdam” are visceral; Mason delivers them in such a way that makes them almost unsettling. Mason revealed to NME recently that the song is about “trying to weave your way through life to get to the place you always want to go back to.” Their self-titled debut album thematically examined the natural vs. unnatural and “Amsterdam” suggests that the second album shall be equally as thematically heavy.