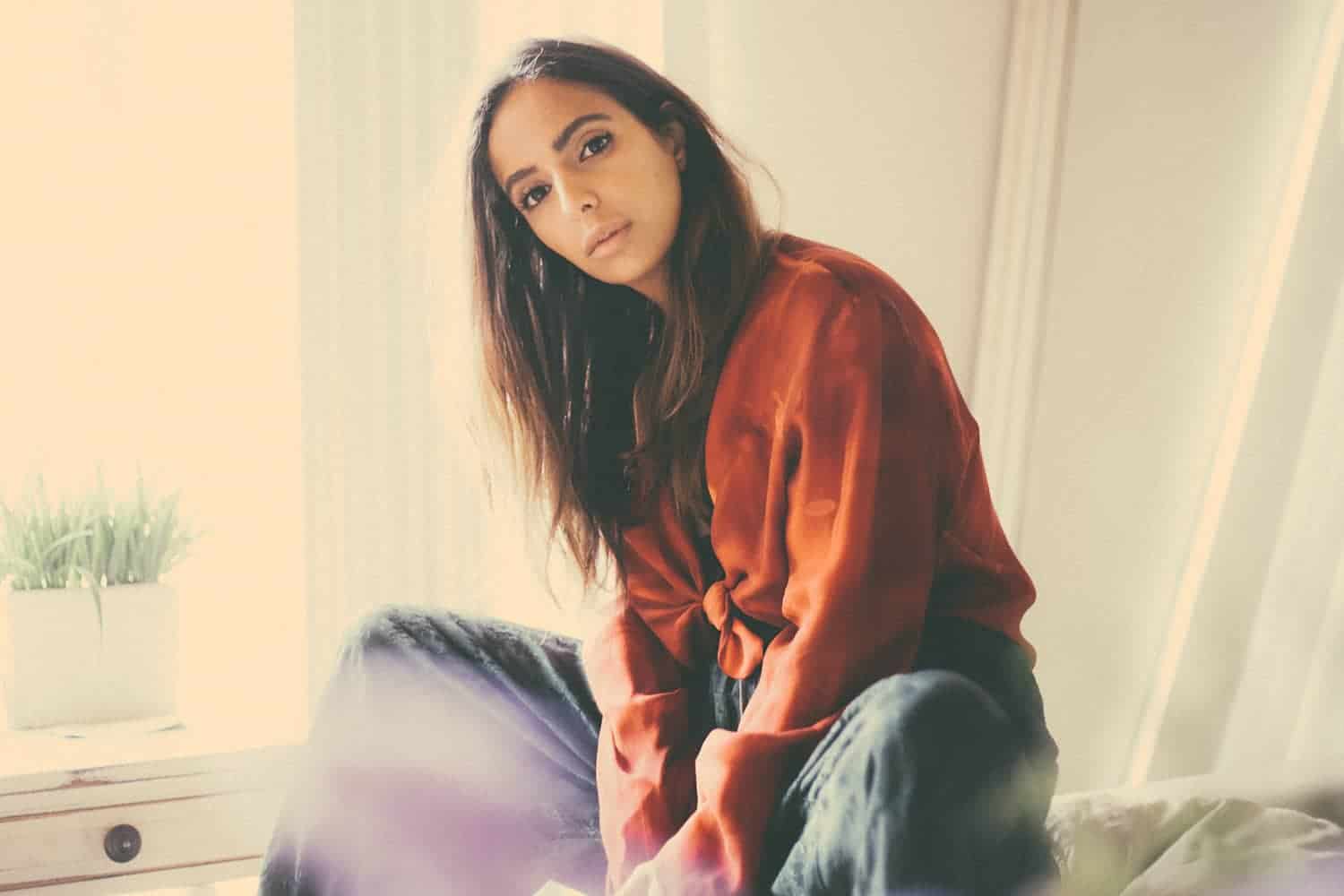 How’d you start out in music?
Music was something that came to me later in life. I was born and raised in Saudi Arabia so that was never in the realm of the possible for me, just because it didn’t exist in our culture and a lot of people consider it to be just forbidden for a woman to be displaying herself, or expressing herself. It wasn’t really until I graduated college and working full-time for an oil company called Saudi AramCo, the largest oil company in the world. There was this moment in my life where I was super young and fresh and was experiencing tremendous success at work. They were kind of pushing me to the front lines as a female, making all this money and I was depressed for the first time in my life.

And I started to look at my depression and realize because I really had no idea who I was as a human being. Growing up in this system, and kind of conformed and was happy, but I just reached a point in my life where I didn’t know what I believed in or who I was, really. And out of nowhere, I don’t have a glamorous story for you, but just out of nowhere I began to think about what it would feel like to sing, and to write songs.

So, after a year I decided to move to LA, after never having written a song or any formal training and I just figured it out. I brought music to me. It’s not something that was around me, or accessible to me. I just moved here and the teachers and the most amazing writers just gravitated towards me and responded to the fact that I can write, and I can sing, and tell a story. And they taught me. So I moved here a baby and learned.

How has your culture impacted your sound?
Absolutely. It’s everything from the way that I write. If you listen to my songs, there is the spaces that I’m in. I’m newly honing my power and who I am as a person, and really owning who I am as a woman, and a lover and all these facets – where before it was dictated to me what it was going to feel like. So when you listen to my music, there’s always a sense of eruption, a boiling and angst. It’s not anger, just pure angst. Like when you put a racehorse in a cage for long enough, they just bolt. So much of my music has these explosive choruses and production that’s very big, and that’s kind of because of what’s happening internally. All these “a-ha” moments, it’s all a big mess.

Lyrically, I write a lot about the desire to go back to an animal place and instinct. I have a song out called “Never Going Back,” and the chorus just says “I’m crawling like a wolf through the night,” there’s this fascination with a wolf and it’s capacity to stand up in the dark and call out in the dark and trust their pack will come.

“Daddy” is also lyrically charged with owning your power, and letting anyone know who’s requiring you to dilute your power that you’re not going to leave this space. And like, “whatcha gonn’ do about it?” The lyrics, the production and the melodies; it’s existent in everything.

For those who haven’t heard you, what three words would you use to describe your music?
I would say “heat,” “sensuality” and “unapologetic.”

What was the songwriting process and inspiration behind “The Cure”?
“The Cure” is a love song and it very much speaks to the child in me that’s growing up in this space of love and about this dysfunctional love that we often times experience where you know you’re going to hurt this person and see this person who’s so good. And think maybe this person will be the cure, and I won’t fuck it up. It’s this delicate push and pull, an internal dialogue that I would have with myself. Like, I know this is going to end in flames, I know I need to figure this shit out. It’s a very young way of looking at love.

I saw “The Cure” was premiered on Perez Hilton, which is pretty crazy. How’d that feel?
Yeah! Pretty cool. It’s dope. I was really happy with it. I think that demographic is my generation, that I want to speak to. It was awesome.

Who is the most influential person in your life?
For the first time in my life, I’m going to say me and not apologize for it because for my entire life, a system and societal constructs and shame have been the most influence. Everything outside of me has been dictating and I’m in a period of my life where “Nope!”

What artists have you been super into lately?
M.I.A., Florence + The Machine, Alanis Morissette is someone that gave me a lot of permission as a human being and as a woman.

If you had to live off one food, what would it be?
Ooohh!! Anything my mom makes! Probably shushbarak. It’s like a very thin pastry and inside of it is minced meat and cooked in this yogurt and you eat it with rice. It’s so good and so heavy.