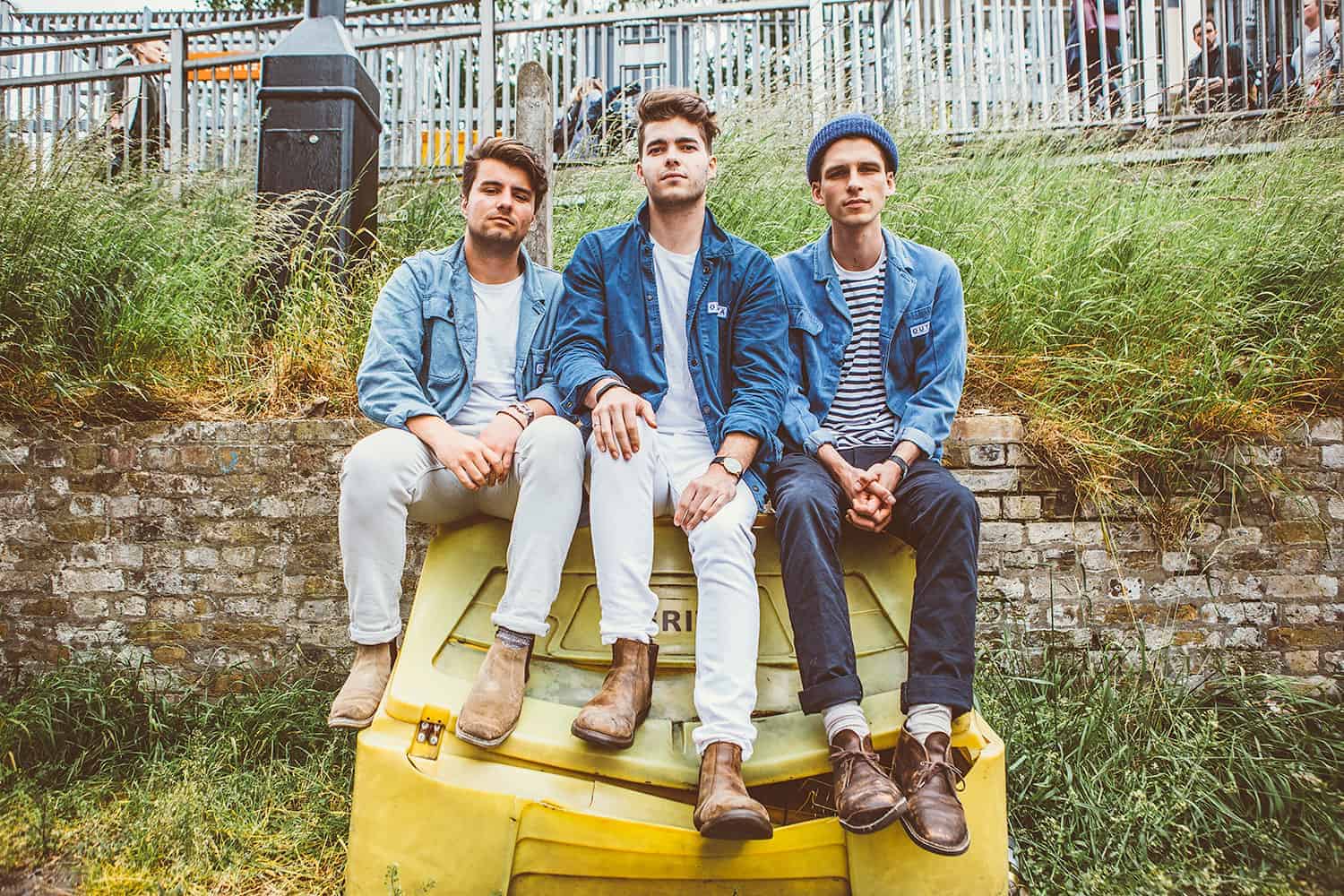 How’d you start out in music?
Henry: For all of us I think it was reaching 15/16 years of age, reaching that point of getting into all kinds of music and thinking “I’d like to do that someday.” After that it was a case of following that thought up.

What’s your songwriting process like?
H: Usually Will (lead vocals) makes demos of ideas and then presents them to the rest of the band. We’ll then take them away, formulate our own ideas, then come back and muck around with the songs in a rehearsal room until we come up with something we’re all proud of.

What’s been your main source of inspiration?
H: Life.

For those who haven’t heard you, what three words would you use to describe your music?
H: Big, bold, colorful.

You’ve been touring, how has that been? Do you have any standout moments while on tour?
H: I think for us it was when we played in Birmingham supporting Dan Croll.  We’d been touring with him for a few dates up to that point and felt the show was improving every night, but that was the first time I think we really felt everything “click” on stage whilst playing our full production show. We all came off stage pretty buzzed that night.

You recently released a new track “Heaven,” tell us about it.
H: “Heaven” is a song all about love, and how having that one person beside can be enough to make any situation better, whether that’s in times of happiness or sorrow. Sonically it’s influenced by the sound of heavy power chord riffs, but put through a gospel-y pop filter. We’re loving playing it live at the moment and we open the show with it. Its got a really good “stomping” groove and thematically sums up what we want this band to represent.

What was the first instrument you learned to play?
Will – piano
Henry – violin
Willem – guitar

Are there any artists you’d like to work with in the future?
H: Tough question but we’re all big Bonobo fans and have been loving his new album this year. I think we’d definitely come up with something interesting in a studio together.

Who is the most influential person in your life?
H: At the moment I’d say Donald Glover (Childish Gambino). I think he’s an incredible creative artist, everything he touches turns to gold.

I’m on a massive Community binge (for the 4th or 5th time) and he’s hilarious in that as well as in his stand up. After seeing Atlanta, I can’t wait for his animated Deadpool series. Then you get onto his music… Awaken My Love is a really ballsy record and one of our favorites of last year.

I think it’s hard not to be influenced by someone who can be that creative in so many fields.

What artists have you been super into lately?
H: At the moment I’m obsessed with this band Geowulf, they make really cool, catchy dream pop. Also Flyte, who have the most lush harmonic arrangements. Like the rest of the world is seems, I’m falling in love with Sigrid. “Don’t Kill my Vibe” is just so so good. Finally, I can’t wait for two of my favorite bands, Fleet Foxes and Grizzly Bear to release their new albums soon.


We make Spotify and Apple playlists every week which usually have a sporadic mix of new, old and current music that we’re all into, so be sure to check those out.

If you had to live off one food, what would it be?
H: Pizza, most likely from Franco Manca – Although I did eat pizza 5 days running once and didn’t feel too great after it… As a healthier back up option I’ll say vegetarian curry.