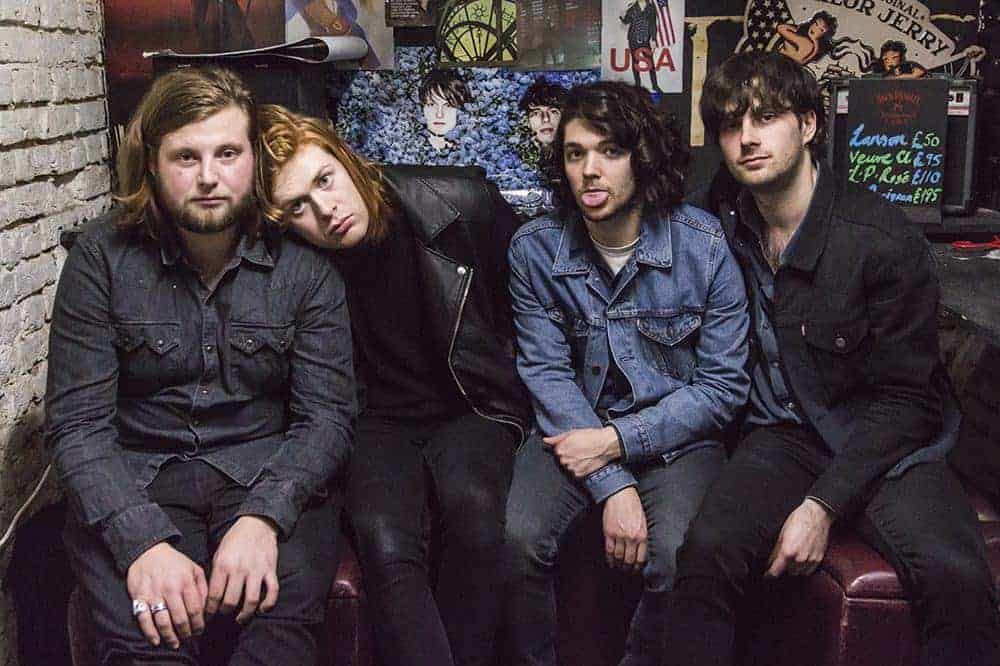 The Amazons are on a roll. With sold out live shows and their forthcoming, self-titled, debut right around the corner, the Reading quartet certainly has something going for them. And their most recent offering, “Junk Food Forever” is only further proof that this guitar heavy gang is here to stay.

With its grimy guitar intro, “Junk Food Forever” pushes through from the start. It’s deliciously rock and roll, tediously staccato at times yet it only brings forth a darker tang to the guitar-soaked soundscape. The constantly subtle shifts in the melody has an undeniable anthem quality, and as vocalist Matt Thomson croons out “Junk Food Forever, It’s better late than never” the auxiliary percussion makes a crisp contrast to the nostalgic flow.

Lyrically, the tune bounce off the striking chords with straight and flourish with new twists on teen angst. Facing the fears of being left behind, the song evokes a distinct sense of nostalgia and a desperation to be something or get out.

According to vocalist and guitarist, Matt Thompson, “Junk Food Forever” is an ode to nostalgia.

“Junk food forever was written at a time when a lot of my friends were leaving Reading, going travelling, working or university. The song lyrically is very nostalgic, kinda written out like snapshots and memories. I didn’t know where my future lay at the time and I was fearful of being left alone in my dead little commuter town.”

Well it looks like things turned out pretty alright for Thompson in the end.

The Amazons debut is due to be released May 26th through Fiction Records.