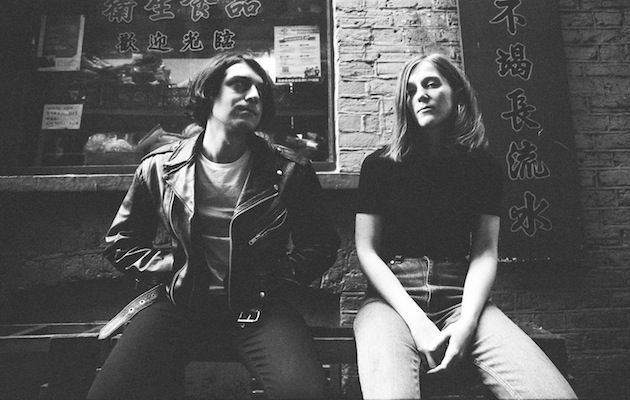 New York City duo QTY comprised of Dan Lardner (guitar, vocals) and Alex Niemetz (guitar, vocals) liquefy onto the scene with their new track “Ornament” from their second single “Dress/Undress” / “Ornament.” This is set to be released as a limited edition 7” on April 28th via Dirty Hit.

All I could think about during the intro of this song was that it sounds identical to “Shadow” by Ashlee Simpson. Seriously, go look it up. In my pre-teen years I was very familiar with the younger Simpson sister and recognized that little riff automatically.  Although the melody is different the driving force is that particular guitar sound for the verses and so I found myself too engrossed in the similarities between the two vastly opposite tunes. However, the chorus offers this garage influenced roughness that definitely centralizes and focuses the original vibe the duo were going for. Their lyrics are nonchalant but powerful almost like a conversation you don’t want anyone to know you’re listening to. The duo croon, “lending my keys out to a friend it’s so much easier if you just let yourself in, and hanging on, oh, what I meant…just want to be an ornament.” I get the feeling reciprocal communication is lacking and what should be a two way street is evidently one way.

The tune concludes with a magnetic guitar solo bringing with it a heavy layer of rock to end this dynamic experience. QTY does not currently have any upcoming shows but festival season is approaching so anything could happen.