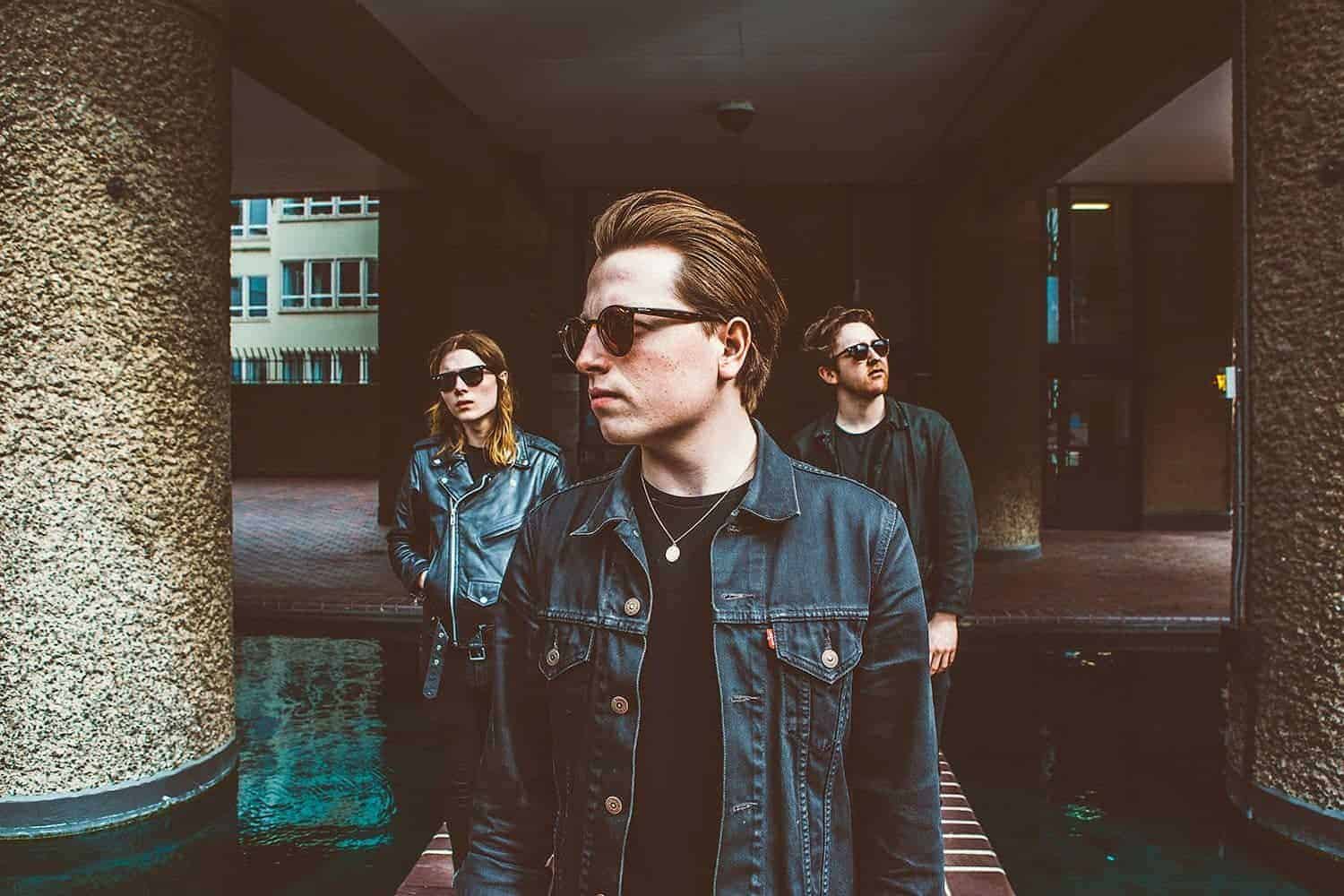 With each new release, rising Geordie rockers The Pale White continue to cement themselves as one of the most exciting new guitar bands that the UK has to offer. After gigging relentlessly around their home city of Newcastle and the surrounding areas, the trio consisting of brothers Adam (vocals, guitar) and Jack Hope (drums) and Tom Booth (bass), have spent the last six months honing in on their blistering live shows, hopping on tour with the likes of High Tyde and The Amazons. They have also recently announced a run of UK dates with Twin Atlantic beginning in May. Tracks like “Reaction” and “That Dress” have propelled the TPW into the eyes and ears of those that matter (Huw Stephens et al), setting them on an exciting path to recognition. The band’s latest effort “Deceiver” is yet another huge number, which will no doubt attract yet more fans of catchy indie rock with a heavy swagger. As the TPW prepare for a hectic year, we chatted to the lads about having your songs played just about everywhere, mad gig crowds and becoming Full English breakfast critics…

The response to your single “Reaction” has been huge…how does it feel to have it broadcasted on shows like MOTD/Soccer AM and playlisted by the likes of Radio 1, Radio x and MTV UK?
It’s an amazing feeling to feel so much support from such big names on our first official release. We’ve been itching to get this track out for what feels like forever and can’t wait to just keep sharing new music. Being made BBC Introducing Track of the Week on Radio 1 was a crazy week. We were traveling to a gig in Birmingham and our track came blaring out of the radio at around midday, it was a proper surreal moment! We feel extremely flattered that they’ve got behind us so heavily at BBC Introducing. MTV was a cool moment too as we’d all grown up watching KOL, Band of Skulls and Interpol videos on that station. It pretty much helped shape our music tastes. Also, to be getting support from Spotify as well has been amazing for us. They’re really on the pulse when it comes to new music and new bands from the North East like Plaza and The Old Pink House. Their support has been really incredible. Basically, we’re really pleased with the response and it’s really spurred us on to continue sharing music and getting on the road as much as possible.

“It’s never the same way for any two songs. We all love melodies so the vocals and guitar lines tend to be hooky, but we never aspire to be catchy, we just play the music we would want to listen to really.”

The track is rooted in the heavier sides of guitar music but still, manages to have an instant catchiness, is that a balance that comes naturally when writing songs?
We never really have a formula or a motive when we write; it just comes really naturally when the three of us are in the room. Some of the songs come from Adam working on them at home on an acoustic and then bringing them to the rehearsal room to be beefed up. Other times, Tom or Jack will play a bassline or a drum part or someone will sing a melody and it will spark this idea that we pursue till something formed comes out. It’s never the same way for any two songs. We all love melodies so the vocals and guitar lines tend to be hooky, but we never aspire to be catchy, we just play the music we would want to listen to really.

What is the secret to your success so far?
We work really hard and rarely think about anything else. We rehearse and write a lot and are constantly talking or thinking about the band. Be it video ideas, artwork, riffs, set lists we’re always firing ideas off each other. We don’t really look towards anyone else either, we just focus on what we are doing and don’t get caught up in what other people expect from us.

Do you think that bands have to work harder nowadays to get people’s attention amongst the sea of artists wanting to be heard?
I think it is harder to get people’s attention because there are just so many new artists competing to be noticed, but on the flip side to that, it’s also never been easier to share your music with people due to the internet, social media and streaming sites. I think just releasing music as much as possible and just being the band that you want to be is rewarding enough and if you are working and improving and speaking to people in some way with your music, someone will eventually sit up and take notice.

“We had people swinging from the lights and diving from the stage. Apparently, the bar below was covered in rubble from the ceiling…It just felt like a real moment.”

As a band primarily based in the North, do you ever feel cut off from opportunities further south aka London?
Living so far away from London can be difficult at times. When you’re traveling 6 hours to play a gig and then that same day turning back and doing 6 hours back home in the dead of night, it can be exhausting. This might just be us, but we love the adventure of it, it’s so much fun and provides endless in-jokes and stories. I’d rather be doing this and be poor and happy than be stuck in a job I hated. Like I’ve said previously, support from Spotify and BBC Introducing has really helped us reach a wider audience and we never really look at being from the North East as being a disadvantage. Some of the strongest music in years is coming out from here and being recognized like The Old Pink House, FEVA, Plaza, Avalanche Party. It’s an exciting time up here. It feels like a scene is forming.

People have tended to go a bit mental at your local shows. Is that the type of crowd you prefer playing to?
Our headline hometown shows are amongst our favorite shows we’ve ever done. There’s always a real party atmosphere and things always get extremely rowdy. We always want people to come and have a good time for an hour and get involved.

What’s the most memorable gig you’ve played so far?
It has to be our headline show at Think Tank in Newcastle last year. The gig sold out a week before hand and the venue was rammed. Everyone was just really up for it and the crowd was mental. We had people swinging from the lights and diving from the stage. Apparently, the bar below was covered in rubble from the ceiling…It just felt like a real moment.

What can people who haven’t seen you live before expect from one of your gigs?
An ear-workout from the loudest drummer going.

Which festival are you most looking forward to playing this year
We’re opening the main stage at 02 Newcastle for Hit the North which is something we’ve always wanted to do, so that’ll be an amazing one to tick off the bucket list. Live at Leeds falls on Jack’s birthday so we’ll probably be filling him up the brim with Guinness, which is always a laugh. We’re incredibly excited for Kendall Calling actually. The line up is great and it’s in the height of summer, so the atmosphere will be amazing. I think it’s got one of the best festival lineups going this year.

What are your aims for the rest of the year?
We want to keep releasing new music as much as we possibly can. We’ve got so much more to come in the next few months. We’ve got some incredible shows to announce in the next few weeks but we have to sit on the announcements for a bit, which is killing us! We want to be able to have a rowdy show wherever we go in the country and get people excited. We also want to have a full English breakfast in every city in the UK which we will rate according to the breakfast codes we’ve strictly set ourselves; we want to be such a formidable force in the breakfast reviewing arena that cafes and bars tremble in fear when we walk through the doors.