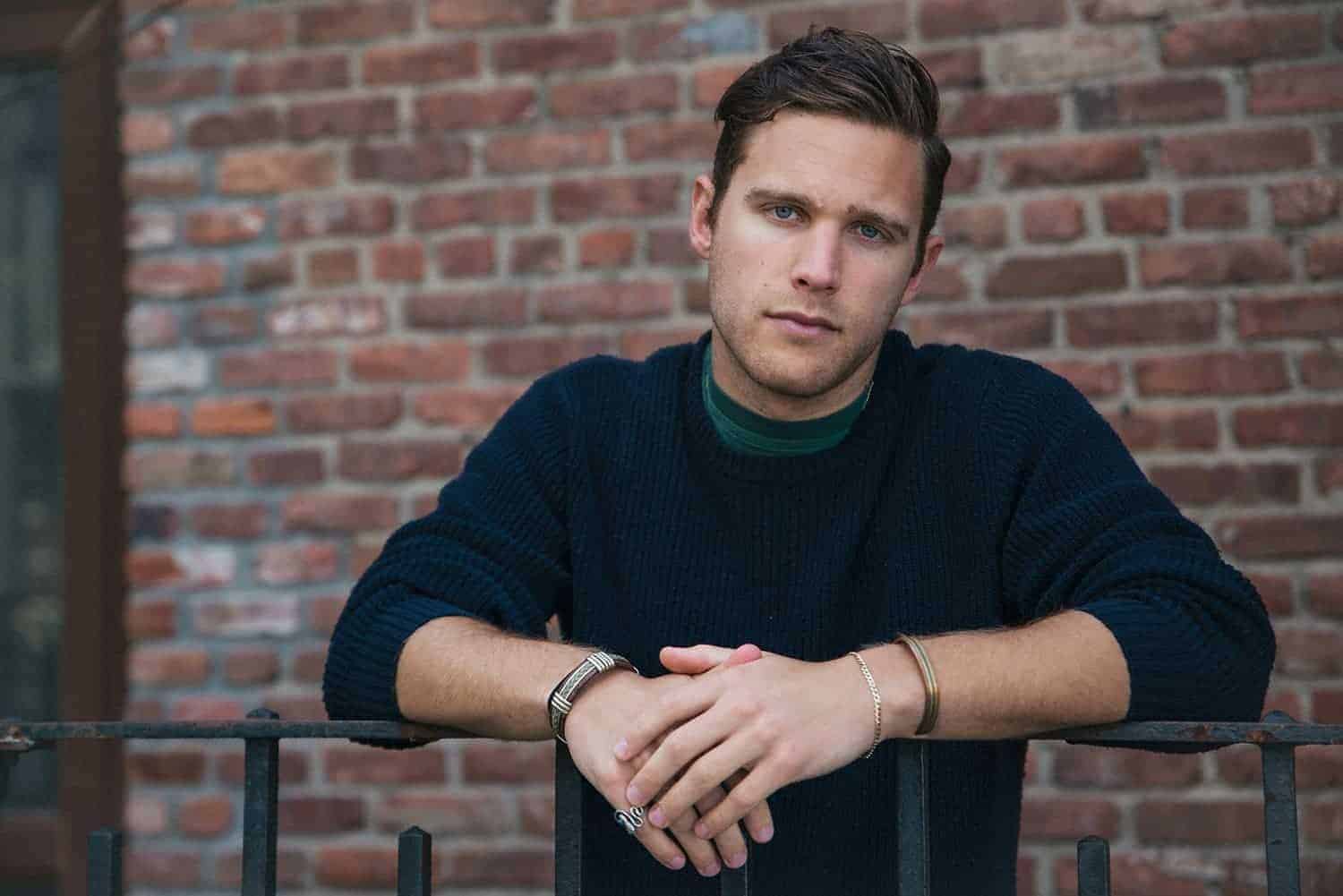 Aaron Taos is the newcomer to pop that is one to watch. His newest single “Off My Mind” is a blend of old hip hop sounds with fresh new pop twists. His minimalist, laid back style, on and off the track is a trademark of his, and his Instagram is a particular delight. Aaron has been praised by multiple music journals and “Off My Mind” is currently considered as one of 2017’s best pop song.

How did you get started in music?
I got started playing in a rock band with my friends in high school. I always listened to and loved music, but I never really started to take it “seriously” until I was about 16 or 17 when my friends and I would gig around New Haven, CT.

Your music is so dimensional, there’s so many layers. Where do you get the influence for your beats, and where do you like to look for samples?
Thanks! In terms of influence, growing up I listened primarily to hip/hop of the early 1990s/2000s. Then in high school, indie/garage rock and classic rock started to take over.  Most recently though, I’m coming back around to top 40 pop music. My influences come from a blend of these genres.

Would you say you’ve taken bits from all different genres and artists? Like who?
Some specific artists who really influenced me growing up were Outkast, 50 Cent, Dipset and then later on Arctic Monkeys, Strokes, Neutral Milk Hotel, and Pavement. Most recently I really dig Drake and Rihanna. All these artists have influenced me to create what I’m trying to create.

You seem to pay specific attention to your lyrics, do you like to be honest in your lyrics, are they personal to you?
Honesty is very important to me with lyrics.  As a listener, I feel like I can’t truly connect with a song unless I can tell the artist is standing behind what they are saying – even if they are just mumbling, they must be true to the mumble! I kind of take the same approach, if the lyrics aren’t connecting with me emotionally I can’t do the song.

Your music videos are pretty obscure and you’re very active on Instagram, would you say art and image plays a big part in your music? How?
Yes, definitely! It seems that videos are less important than they used to be a couple years ago for promotional purposes, but as a new artist I think it’s important display what you’re all about in a visual sense. For instance, when I first saw the video to “Oblivion” by Grimes back in 2012, it struck me and was a moment that solidified what she was about and the aesthetic to her music. I try to take the same approach.  I’m not a totally serious guy, so a lot of the goofiness blends in to the art I’m trying to create. In terms of Instagram… I’m trying to be more active on it – I’m not naturally the most social media-oriented person, but its fun and a good way to promote.

What kind of things inspire you to write a song?
Mostly I get inspiration from out of the blue (a concept comes to me when I’m going to sleep or something) or when I see something or hear a word that triggers an idea.  Otherwise when I’m making a beat or playing guitar I usually sing a first take of nonsense words and then go back and sculpt around what I think I was feeling in the moment.

Relationships and love seem to play a role in most of your songs, do you find aspects of these the most interesting to write about?
I naturally tend to write about love and relationships. I’m trying to edge away from that a little though because there are so many other interesting things to write about! Lately I’ve been pushing myself to take on themes that I normally wouldn’t go towards.

How are you finding it in the music industry? What’s been the hardest challenge? What’s been the best outcome?
Over the last year, it’s been sort of a crash course in how the industry works. I haven’t “made it” by any means, but just taking meetings with different people and going to parties and this and that has been a great learning experience about what to do and what no to do. I guess basically in this day and age its about being patient and hustling as much as you can on your own before jumping into any sort of deal.

Do you have any venues that you love to play in?
I’d love to play Brooklyn Steel! It just opened up and my roommate saw LCD Soundsystem there 3 times this past weekend haha. He said it’s really great.

Do you have any rituals, in the studio or before you go on stage?
In terms of rituals… I usually burn sage in the studio when I sit down to write. My mom lives in New Mexico a lot of the year, so she’s the plug. She sends me that good shit.

You’re often eating some great looking grub on the move, what’s your favorite food to fuel a session of making music?
Favorite food is, and always will be Italian – some really bomb antipasta and then veal picatta would be the ultimate meal. On the go, I try to eat at least somewhat healthy when it comes to fast food – Sweetgreen was a major source of my dietary intake while I was staying in LA last month with my good friend Mehdi Misto. We hit it up almost every day.