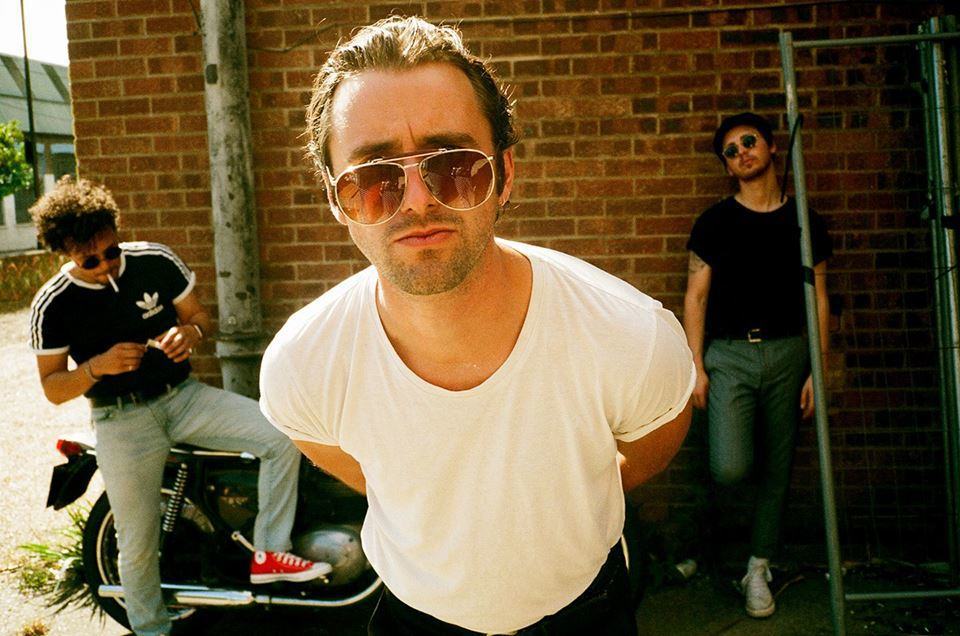 Kent trio The Bay Rays make a triumphant return to the stage with their new video for “Satisfaction.” The timing couldn’t be any more appropriate with the release of their debut EP through their personal record label imprint, East Wing Records, on March 31st. Coincidentally that also happens to be the date of their very first headlining show at Sebright Arms.  That being said it’s shaping up to be an exciting couple of weeks for the band and “Satisfaction” certainly brings the hype with its vibrant verses and catchy hook.

The video opens with a quirky host attempting to market a drug that cures anxieties ultimately resulting in happiness before the band is introduced in a way that is all too familiar.  Initially I rolled my eyes at the reproduction of the iconic Beatles performance on the Ed Sullivan show.  The gag is overdone and if we’re all honest with ourselves nothing will ever truly come close to the original.  However, as the video went on and The Bay Rays’ message became clear and their adaptation captured a nuanced charm.

Lead singer and guitarist Harry Nicoll appears constrained and forced to remain within the boundaries set by the broadcasting company in charge of televising their show.  He conforms to their rules until it overwhelms him inducing a long overdue explosive performance earning mixed reviews from their audience. Nicoll describes the tune as: “it’s about wanting to escape your social anxieties. You break down barriers, but then you don’t like the person you’re becoming.” Along with bassist Anthus Davis and drummer Maxwell Oakley the band certainly breaks those barriers and leaves their audience, and arguably most importantly themselves, fulfilled.