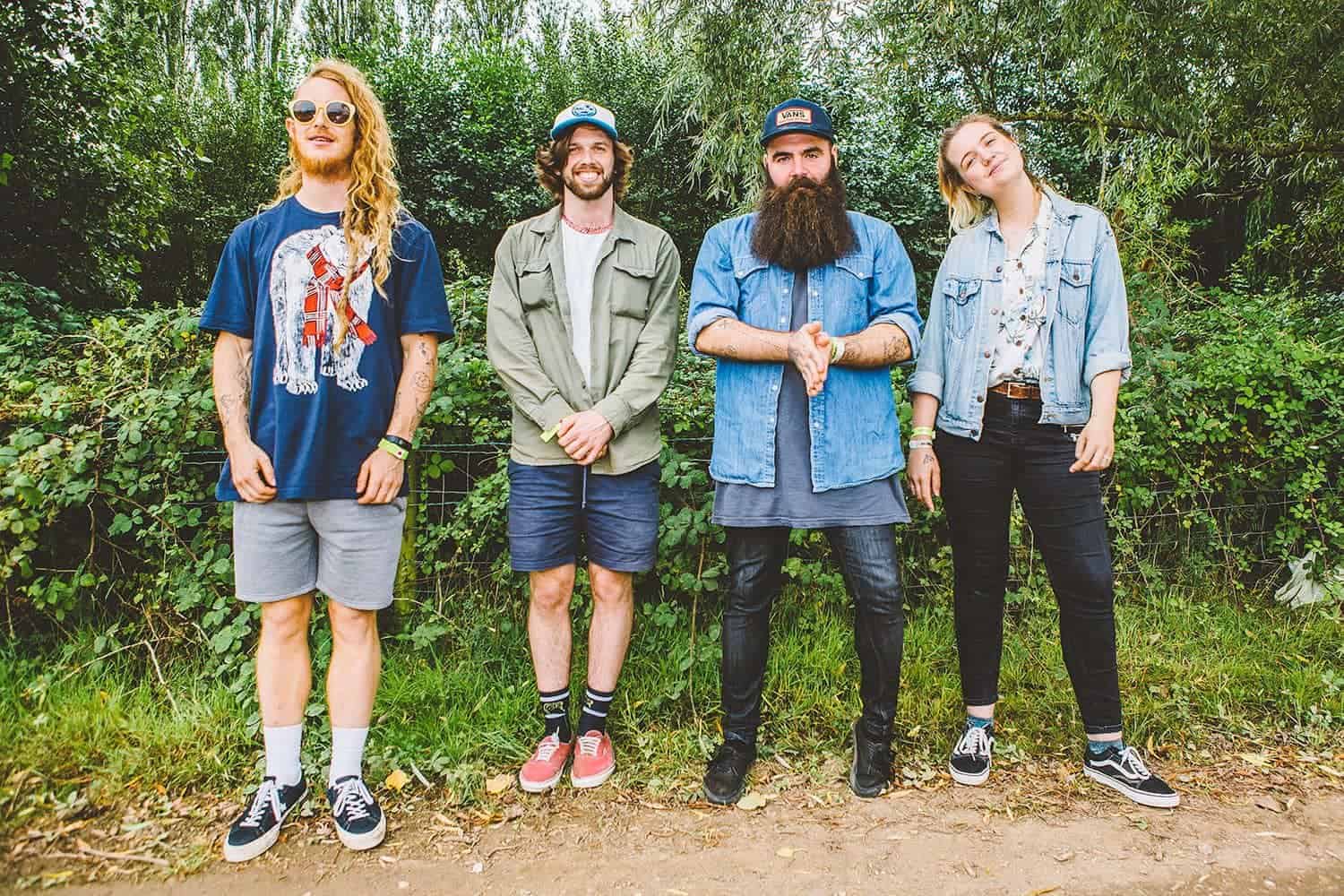 Clean Cut Kid – Leaving You Behind

Clean Cut Kid have released their punchy new single “Leaving You Behind,” along with a video that shows the physical side of human emotion.

“Leaving You Behind” is about just that: the process of letting someone go, and the mixed emotions that can come with it. It explores the bittersweet feeling of taking a person out of your life, with the urgency expressed through seamless harmonies. “I’ll never regret a minute I spent by your side,” they proclaim, but in the end it’s still “I’m leaving you behind.”

There is good and bad to the situation, which is a classic characteristic of a break-up song. And since it remains a pop tune, the sound itself is anything but melancholy. Each member of the four-piece bring something to the table and strike the balance between vocal and instrumental flair.

The video for “Leaving You Behind” is a visualization of many of the same sentiments expressed in the song, and adds in some fun at the same time. It begins with two characters – appropriately named “Her” and “Him” – who meet in a field under a nostalgic golden filter. The text that appears at the top of the screen declares, “Winner takes it all!”

The first event is a school-yard style game of tug-of-war between the two, as three judges look on ready to make a call. Spoiler: The female character decisively wins this first round. It is after this moment that the narrative of the video really begins to take hold of the viewer. Anything could happen from this point forward. Who will win it all?

As the games progress, some are more bizarre than others but all are executed with an equal effort and drama from both teams. While the whole thing is not terribly serious, it underscores the theme of “Leaving You Behind,” which is that of two people grappling with how they relate to one another. In this case, it is just a bit more literal. In the end, the woman really does pack up and leave the man behind, as the song said all along.

As for who wins all the different competitions? You’ll have to watch and find out.

If the video wasn’t of any indication before, the new album Felt has been described as “the timeline of a break-up.” It will go through an even bigger journey, detailing the process of an emergence from a break-up. Clearly, Clean Cut Kid put a lot of consideration into the stories they tell through song, and “Leaving You Behind” is just one piece of it.

Felt is set to be released April 28th, and they will embark on a headlining tour this Spring.