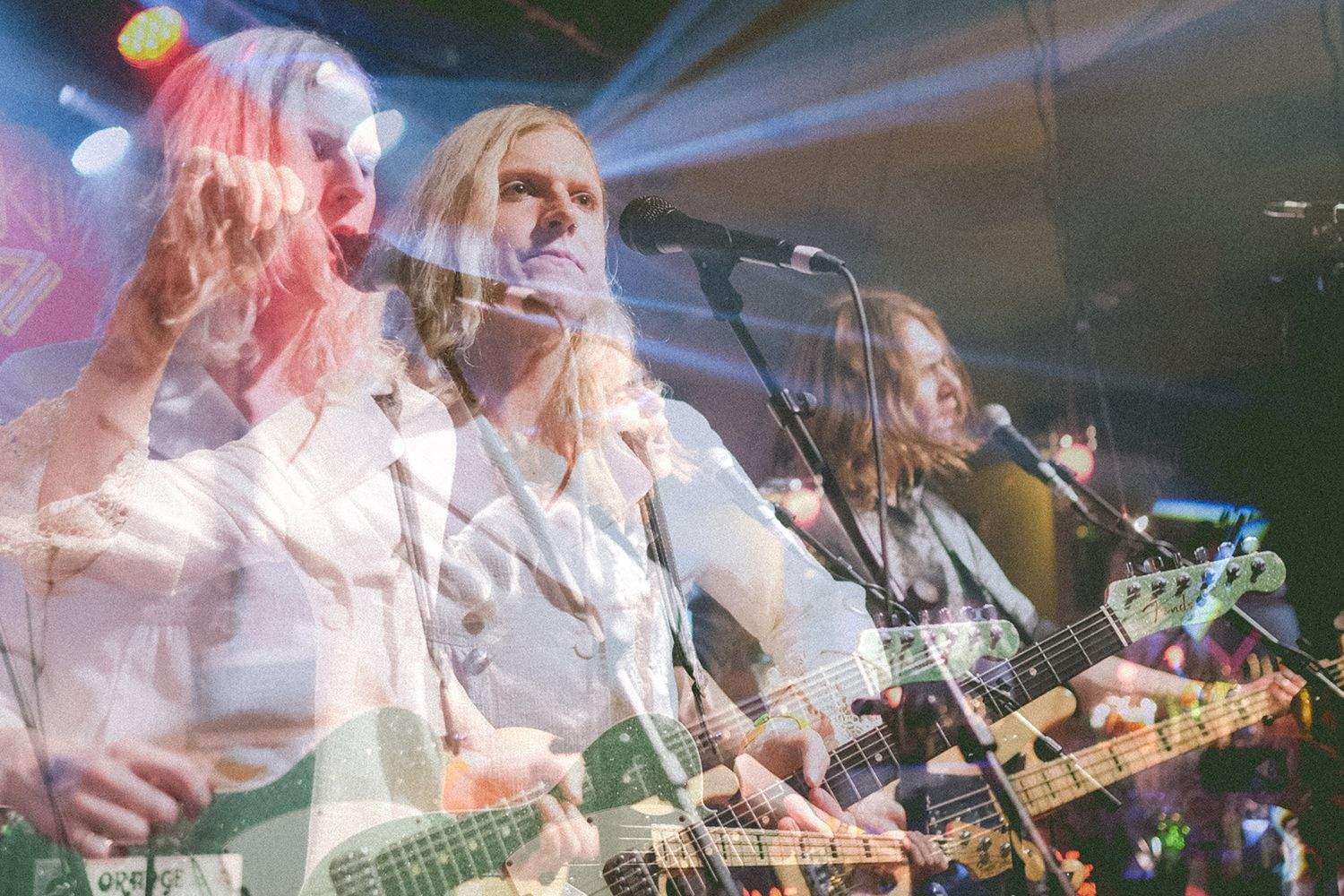 Springtime in Austin, TX, signifies two things: unpredictable weather and South By Southwest (SXSW). English band Sundara Karma arrived in Austin to experience the best of both, arriving for the music conference and festival just after the cold, rainy weekend to enjoy bright sunny skies. We caught up with Oscar Pollock (singer & guitarist) and Ally Baty (guitarist) on Tuesday before the crazy rush of SXSW hit.

Sundara Karma have been touring England since they were 17 years old, and have the fan base to prove it. Four years later they’ve released their debut record, Youth Is Only Ever Fun In Retrospect, and headlined a sold out tour in the United Kingdom, packing 2,000-capacity rooms with energetic teens.

“We have a really hardcore fan base in England,” Pollock says. “I don’t know how it’s come about.” Baty jokingly remarks “it’s the punk scene.” (The band’s sound engineer used to be in a serious punk band ­– naturally, it’s a running joke among the band.)

Coming to the United States is a change of pace, as many American listeners have yet to discover the band. One of their eight performances during SXSW, at Austin’s infamous Mohawk on Red River Street, nearly filled their indoor stage, which holds 150 fans.Pollock says playing smaller stages in America is “grounding.”

Meanwhile, the band is booked for England’s premier summer festival, Reading and Leeds Festival. A big accomplishment for any band, nonetheless for a band that calls Reading home.

Pollock says of their success, “I always like to look at it like you’re in a room, and something happens, and then you’re in the next room. And that’s the progression of being in there. Any kind of success gets you into the next room. I think it’s endless… It keeps us going.”

This philosophical mindset is also present in the band’s lyrics.Pollock directly references Plato’s Allegory of the Cave in “Flame,” a song that originally drew attention to the then-teenage band in 2015. “I think some people might find it cheesy,”Pollock says. “I know I do sometimes. I just feel that it really connected with me.”

The allegory tells of a society where people live in shackles, and only ever see the shadows of objects, instead of the objects themselves. When one person escapes the cave to find sunlight and see the true form of these objects, the others revolt against the enlightened one out of fear and ignorance.

“The story is so relevant to now even though it’s so old,”Pollock says of the song. “I just thought it would be cool to put it into a new medium where people don’t really think about that kind of world, like your average radio listeners have never heard the story before so getting it on the radar is kind of cool.”

This sentiment is found throughout the album on songs such as “Lose the Feeling,” whichPollock says is a continuation of “Flame.” Plato suggests that we are shackled by many things in our world that keep us blind to the truth, or forPollock, that keep us from achieving a sense of clarity.

“Every time I fucking meditate I don’t want to lose that feeling,” he says. “I think there’s a point in life where you’re in such a good place, and it feels like you’ve got your shit together, and you’re outlook is really positive. And then something comes along and knocks you off it – something petty and silly like your mom asking you to make a cup of tea at the wrong time and you just get angry about it.”

This mindset carries over intoPollock’s outlook on performing for a live audience. “There’s definitely a religious aspect to performing. It’s ritualistic,” he says. “I think the most important thing it does is bring us as performers and people that are coming to watch and spectate [is that] it brings everyone into the moment.”

Maybe it’s in that moment that we all find a sense of clarity away from the highs and lows of our daily lives, that we can work toward holding onto. Until we find that moment, the band invites you to come to their “punk shows,” as Baty teases.

Missed out on this year’s SXSW? Or just want to relive the action-packed music festival? Check out our full live gallery from our favorite showcases here.