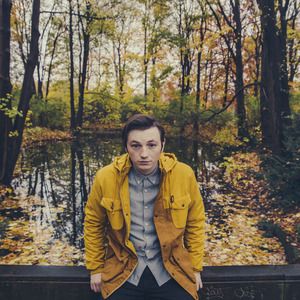 It has been a long while since we last heard from Lewis Watson, before he sprung on us a few singles the last two months. It completely slipped my mind how much I used to love his music, and “forever” has rekindled the adoration I feel for him.

“forever” is a song that is laid back and cheerful, filled with harmonies as he cruises through the track. The chorus, especially, stands out in the song, combining a folk-pop melody with a groovy guitar melody to form the exciting “pull-and-release” tune.

His vocals are unique and distinguishable. Many times in the past I have heard a new song and thought “hey, that sounds like Lewis Watson,” only to be proven right. His raspy, shaky vocals always make you feel warm and comforted as they carry his tunes to greater heights.

His debut album, The Morning, was decked full of melancholy, acoustic tunes. However, judging from all his releases thus far, he has definitely shown that he is going a new direction with his upcoming sophomore album midnight and we are definitely excited for its release.

Lewis’ album midnight will be released on 3 March 2017. In the meantime, you can listen to “forever” below! Lewis will also be embarking on a tour around the UK starting 23 March. Catch him at one of the following shows.