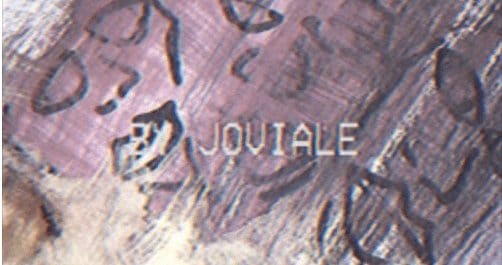 It’s February, and the weather is still pretty gross. It feels like the whole world is waiting for spring, for the sunshine and the opportunity to buy new sunglasses. But whilst you’re waiting, let us tide you over with a track that is sunshine itself. Joviale is a twenty-something from Tottenham, who has released her first mixtape Tape 1, and on said mixtape is a track called “Let Love Be.”

“Let Love Be” is a track that sums up Joviale and what she’s about. Firstly, it contains her vocals, which sound like liquid gold. These vocals harmonize and make sweet melodies that carry this track into a candy floss daydream state. They resonate back to the 90s, and would fit in wonderfully with the hip hop scene back then. Secondly, Joviale has decided to not stick safely to a typical R&B sound, but instead has created a milkshake of Mac Demarco plucky, distorted chords, with an amazing retro hip hop beat. If this combination doesn’t make you smile then you haven’t got it loud enough.

Thirdly, “Let Love Be” derives from a mixtape that Joviale describes as “just bits and pieces of my journal.” In Tape 1 you’ll find clips of musical expermintation, and full blown songs. This mixtape reminds us why the DIY a music movement of today is so important and so special.