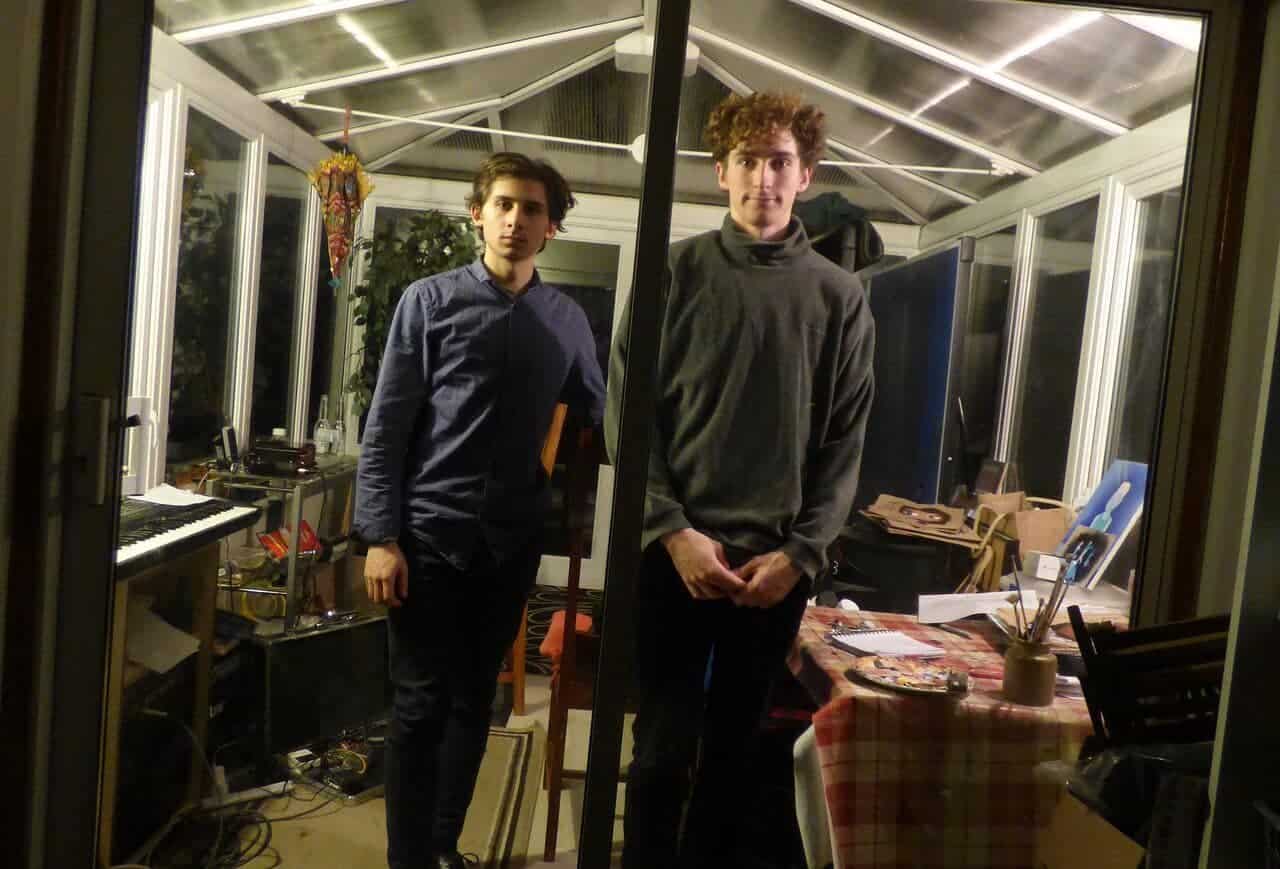 Febueder today return with new cut “Chimes.” It is the first track to be taken from the forthcoming third EP expected in the Spring.

Back in 2013 we heard the beginnings of Ascot band Febueder (pronounced like Bermuda) as they released their four-track debut EP Soap Carv. With their avant-garde alt-pop akin to left-field Mercury Prize winners Alt-J, the likes of “Sloppiness Tank” and “Alligator” beguiled and piqued the interest of listeners with their richly layered arrangements and experimental feel. A year later they followed Soap Carv up with Lilac Lane, another kaleidoscopic tapestry of playfully engaging compositions.

But when bassist Harry departed in 2015, lead vocalist/multi-instrumentalist Kieran Godfrey and percussionist Samuel Keysell retreated to their point of origin, a makeshift recording conservatory in Godfrey’s home. Having returned to the band’s foundational elements, and with new bassist Toby Ingram, the trio’s renewed focus has allowed them to once again explore and nurture their signature sound.

“Chimes” displays a maturation, a product of clarity of vision born out of their hiatus. Godfrey’s vocals remain effervescent while the instrumentation rumbles on underneath, pushing an unrelenting doctrine of profligacy. But there have been tweeks. Undoubtedly their most radio-friendly and conventional offering, seemingly more structured and rigid with a Foals-esque math rock spine, “Chimes” heralds the refocused rebirth of Febueder in momentous fashion.