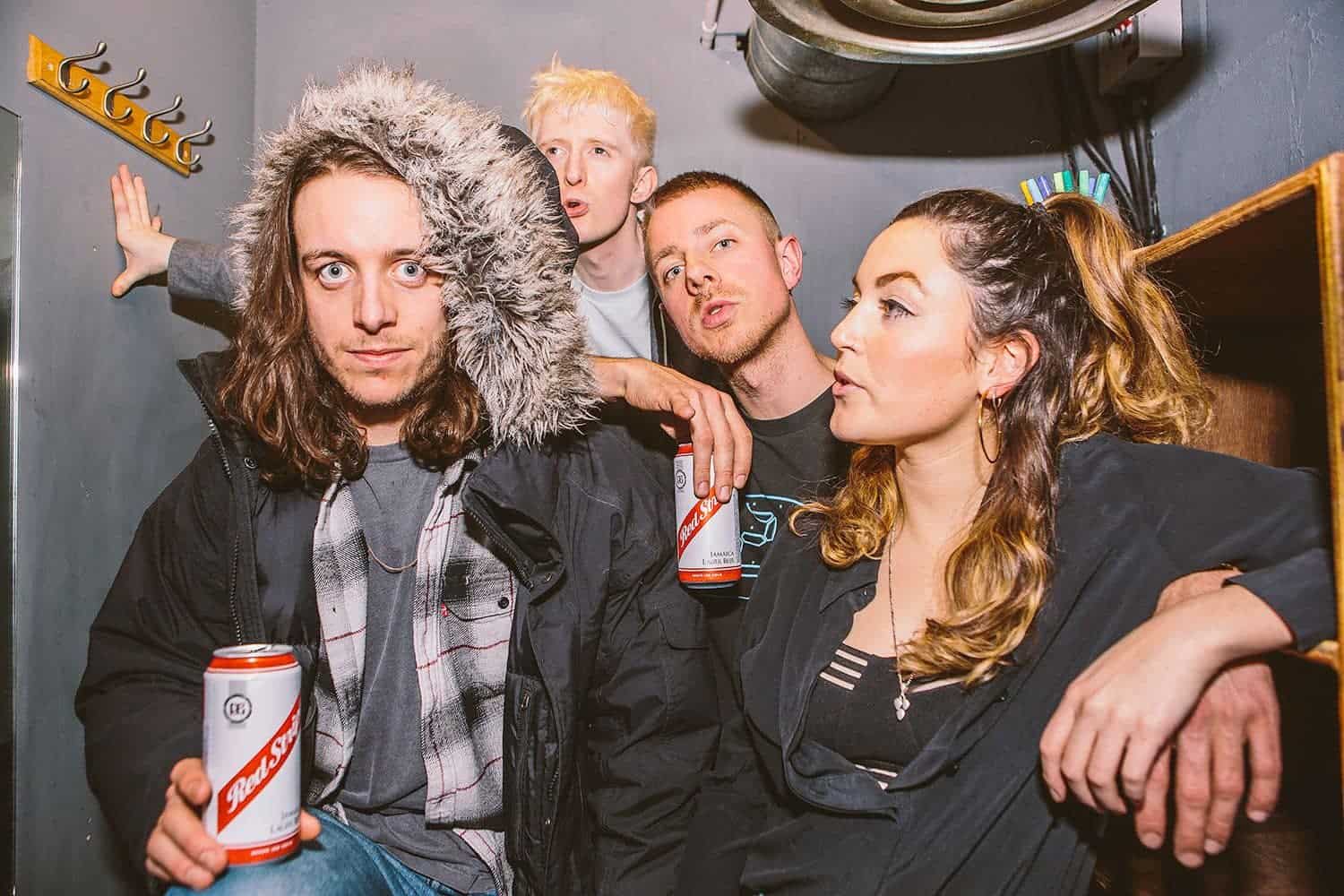 We spoke to lead singer of CHILDCARE, Ed Cares, ahead of our co-hosted gig night on January 13th at London’s Hoxton Square Bar & Kitchen. Check out our conversation below.

For those who haven’t heard you, what three words would you use to describe your music? And yourselves, personally?
Ed Cares: Milquetoast, Amatory,  Crapulous

How did you meet?
EC: Rich used to play in a band I knew, Emma I met at a party, Glyn I met on a mini golf course

How’d you get into music?
EC: I’ve been playing the piano since I was 7.

Tell us about your next single.
EC: The next single is called “Kiss?” and it’s a punchy, uptempo soliloquy about an awkward British greeting and the nature of regret.

Who is the most influential person in your life?
EC: Danny Dyer

Where did you get the name CHILDCARE from?
EC: I wanted to have a two syllable band name that encapsulated the sentiment of lost innocence in this parochial age. Also I’m a nanny.

What’s next for CHILDCARE? What can fans expect in the next few months?
EC: 2 new songs, 1 new video, 2-4 more shows.

What’s one thing you’d want to change about the music industry?
EC: Less bullshit to come out of people who work in the industry’s mouths. Also would like them to compliment us more.

What’s your dream tour?
EC: Playing with Hinds every day for the rest of our lives.

If you had an unlimited budget, what would your live show look like?
EC: Bigger strobe.

If you had to live off one food, what would it be?
EC: Granola