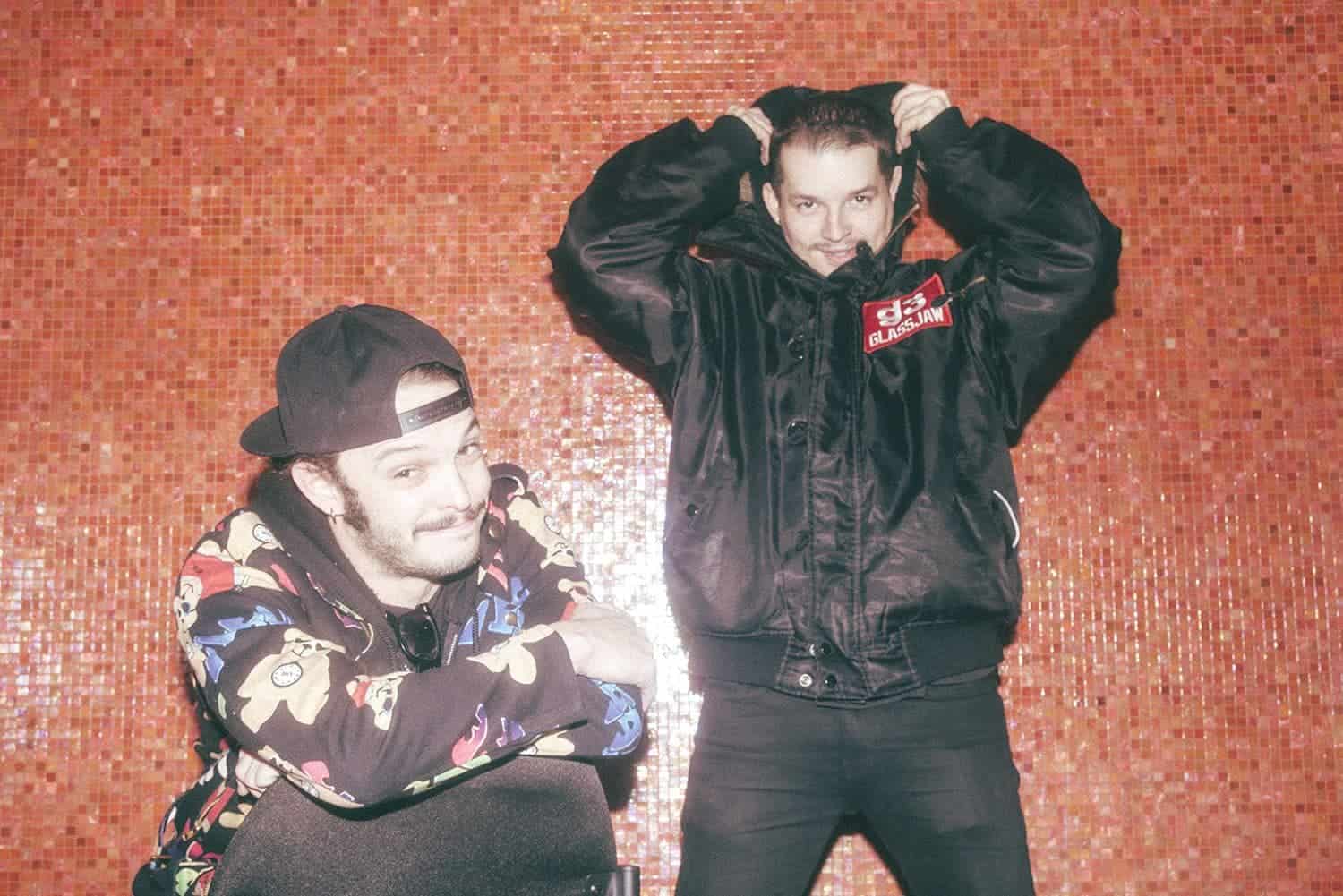 Upon the release of their sophomore album entitled Bleed Gold, Piss Excellence electronic pop duo Cherub embarked on their Your Girlfriend Already Bought Tickets tour across the United States. We met up with them at the PlayStation Theater in New York City to talk about how they got their start and what inspires them.

Q: First, I’d like to talk about origins. How did Cherub start?
Jordan: Jason grew up in North Carolina and I grew up in Nebraska. This is a crazy story. It’s a true story and it seems like it’s not real but it is real. You know how you do pen pals in elementary school? We ended up being pen pals and stuck with that even past elementary school. It was one of those things where we connected on this weird level. We lost touch after a couple years and found out that we were going to the same college. We met up at MTSU and we had already been in contact for almost a decade.
Jason: I already knew his favorite color.
Jordan: We already knew everything about each other basically.
Jason: I already knew that he was afraid of not a monster under his bed, but a weird version of himself.
Jordan: These are all weird childhood things that we would never have said to anyone else. Jason: So we met in college and immediately connected. We felt like we already knew each other. Through that, we started doing music and through that, it turned into something where we were asking to go on tours and haven’t stopped then.

Q: When you are trying to write new songs, is there a certain process you like to use?
Jason: Just our brains. Don’t overthink because overthinking is bad. Just going somewhere alone and thinking to yourself about what makes you feel good and what might make other people feel good.
Jordan: I always equate it to throwing spaghetti against a wall. We don’t go in with any sort of formula or recipie or intention that we are going to write this type of song today. We go in and start playing around with keyboards or drum machines and tinker around until something feels good. We’ll leave it on loop for a while and sing to it and let it just fall into place naturally instead of trying to force things.

Q: For the new album, what was your main source of inspiration?
Jordan: We were doing a lot of cocaine at the time but that wasn’t the inspiration. It was the thing that kept it going. The main inspiration was the sound we were finding and staying up late late late all the time. It was finding these sounds on old synthesizers and trying to make it all work. [It was also] about how we incorporated live instrumentation in this one which is a little bit different than our previous records.

Q: Which song on the new album do you connect with the most?
Jordan: My favorite song on the album is “Outside of Myself.” I like that song because that song went through four different makeovers. We didn’t know if it would even end up on the record and it did. I enjoy it a lot.
Jason: I get a unique perspective on our records because Jordan is our main lyricist. I am able to take his lyrics and apply them to my own life which is a fun thing. For me personally, “Very Rare” [is my favorite]. It wasn’t my favorite song at first but it’s one that I’ve really come to love, especially because the second verse in that song could not be more applicable to my own life.

Q: You collaborated with T.I. on the track “Signs.” How did that come about?
Jason: T.I. actually came to our show, which was unexpected. [It was] in Atlanta about a year and a half ago and he was very personable and came up to us after the show and mentioned that he wanted to collaborate. We went to the studio with him in Atlanta and laid down some tracks. The first song with cut with him was really tight but never got released. The second song we worked on with him got released on our album and we’re pumped that it was able to happen. We want to hopefully do more songs with him. He’s a really cool dude.

Q: Are there any artists that you would like to work with in the future?
Jason: Ryan Hug. He does a lot of solo bass stuff. He’ll filter out the bass from soundtrack songs and any jam band stuff, he will just slap bass over the whole duration of these ten minutes. Definitely Ryan Hug would be someone we would love to work with just because of his prowess.
Jordan: It’d be a dream collaboration. Besides that, maybe Nick Jonas.