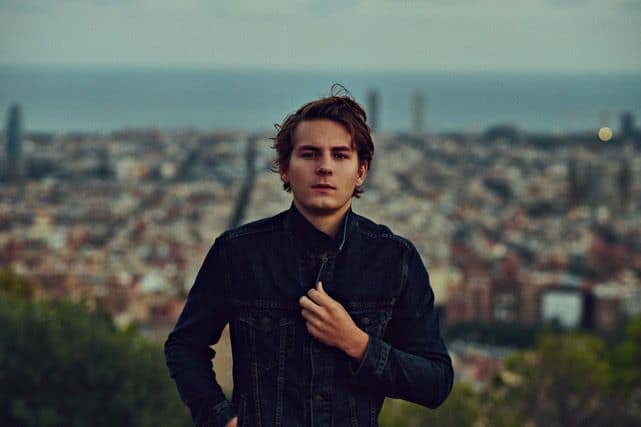 The Beach – Bite My Tongue

Energetic newcomer to the British music scene The Beach, known to family and friends as George Morgan, has just released his latest single, “Bite My Tongue.” After playing countless open mic nights one right after the other, The Beach had close friend and famous vlogger Jack Harries acquaint him with a director in Los Angeles to shoot his first video, leading to his subsequent discovery.

With regards to the recent “Bite My Tongue,” Morgan says, “The song is about saying something in the heat of the moment and then instantly wishing you could take it back. The video was so much fun to make and I think we captured the raw energy of the song in the heart of the amazing La Mercè Festival in Barcelona.”

“Bite My Tongue” is a high-energy, uplifting number that is sure to catch the listener’s attention instantly and keep them singing along. Although The Beach has not cited any musical influences, fans of Bastille and St. Lucia would surely enjoy his music. Morgan keeps his sound fresh and fine-tuned, pairing his musical talent with visually stimulating music videos.