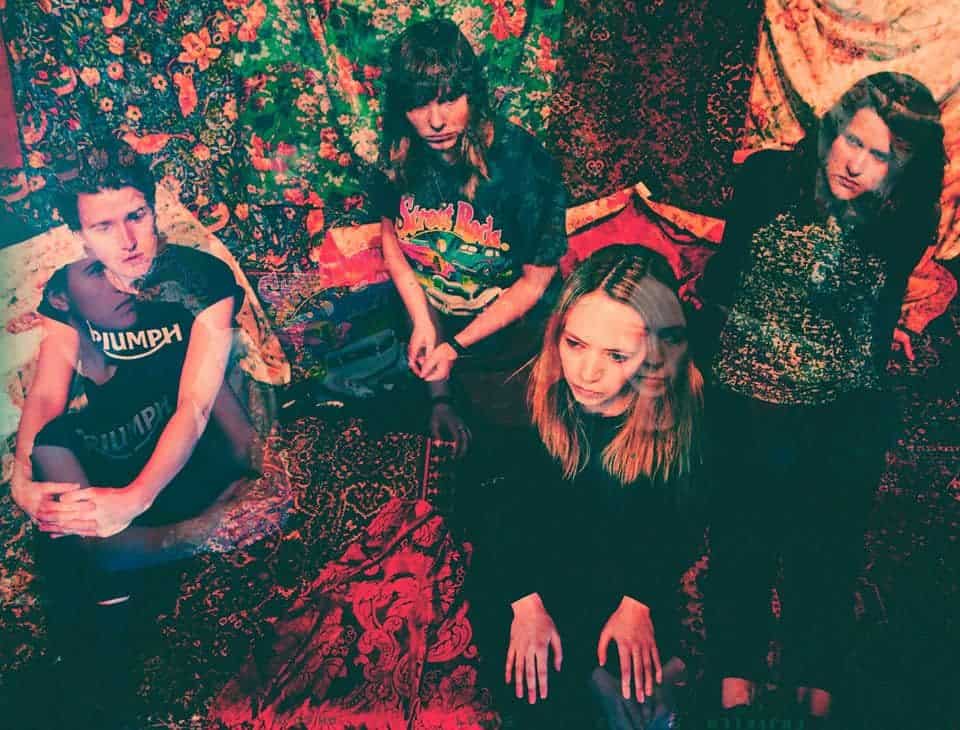 We find ourselves in the quaint and idyllic venue of Paper Dress Vintage, Hackney, at Graceland’s headline gig. The venue had an intimate buzz and everyone was chatting. The support for Graceland was the (ever charismatic) DAs, four students in London who have recently started playing a string of gigs, including support for a DJ set by Peace. The boys’ aura on stage was super chilled, and they all grooved through their set of boyish charm with a twinge of Superfood-es que britpop vibes. With the inclusion of their debut single “Fine Thanks, You?” a bubbly number that had the crowd bobbing along, and some darker and more intense tracks, they proved themselves to be dynamic as a group.

After the DAs, Graceland took the stage in the lilac dim of the lights. There was something electric about the fact that this cutesy vintage shop was taken over for the night by a female heavy group who really packed a punch. Although the temptation is there to compare Graceland to Warpaint, they stand alone in many ways. There is something charming about the clear British accents in the vocals, and they also have a more punk edge that would remind one of the song “Jane” by Girlpool. Although they sounded incredibly tight on stage, they had a very lovable humbleness to them, especially when they claimed they were “shitting themselves” to the audience. It is nice to see a band open up to an audience rather than be pretentious. Graceland’s set was so melodic, their anthemic single “Fleetwood” rang out proud in their set and showed us that they promise real potential in the future.