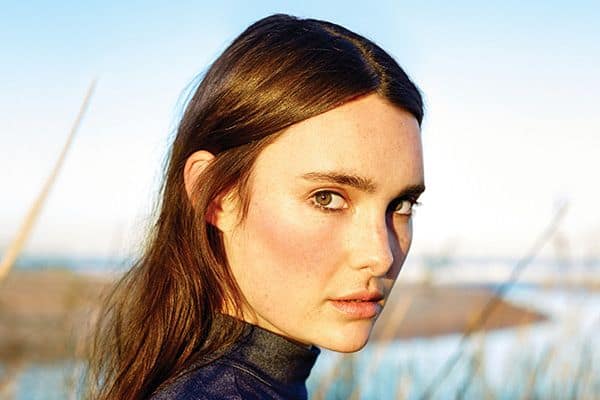 A name we haven’t heard much of in the northern hemisphere given her English beginnings, Lisa Mitchell is an artist based in Western Australia which goes a long way to explaining her relaxed, summery, lo-fi new pop song “Warhol.”

A tapestry of jangling percussion, acoustic guitar and understated synth loop tracks woven together make for a track that will make you think of Australian summers even in the midst of winter. The first line “I’ve got your wallet and your noose around my neck” is a punchy opening to the track that perfectly contrasts with Lisa’s sultry soft voice that sounds at once effortless yet beyond melodic akin to Lana Del Rey. The catchy break down into “and what I need to say” transports us back to the kind of 90s minimalist pop that is still praised today. This blend of girly, whimsical sound with the kind of spiky undertone of lyrics that Karen O would be proud of means that there’s only one way to describe this track: pretty yet spunky.

With “Warhol” the latest track to be lifted from her third studio album Warriors, Mitchell has a few 2017 dates already booked in Europe.