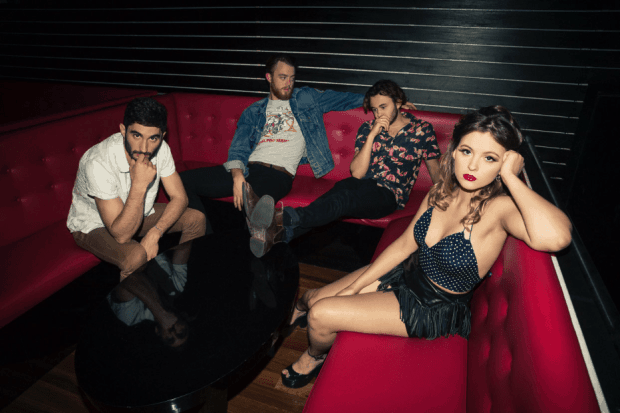 Scoring hits in 2011 and 2013 with “Awkward” and “Fred Astaire,” the Aussie band built a reputation for upbeat care-free, Vampire Weekend vibes. “SloMo” may not retain that same level of whimsy, but it is definitely just as fun – it begs you to get on your dancing shoes, urging you to boogie down to the dance floor. Fun, funky, and extremely danceable, this indie dance-pop bounces with hints of the Bee Gees, bumpin’ Michael Jackson bass, and funktastic keys inherited from Devo. They wear their influences proudly; every reference is deliberate and calls attention to itself. Just the same, it comes off as sincere inspiration and not as a method of riding their heroes’ coattails. All allusions included, the sound they have created (and continue to create consistently) is unique to them.

You know those commercials where a bunch of people are at a rooftop bar, laughing and raising their drinks in the air, having a grand old time together? This is the perfect song for one of those occasions—so if you want to feel like you’re one of those picture-perfect people with picture-perfect friends, hanging out on some rooftop, then go ahead and add this jam to your party playlist.