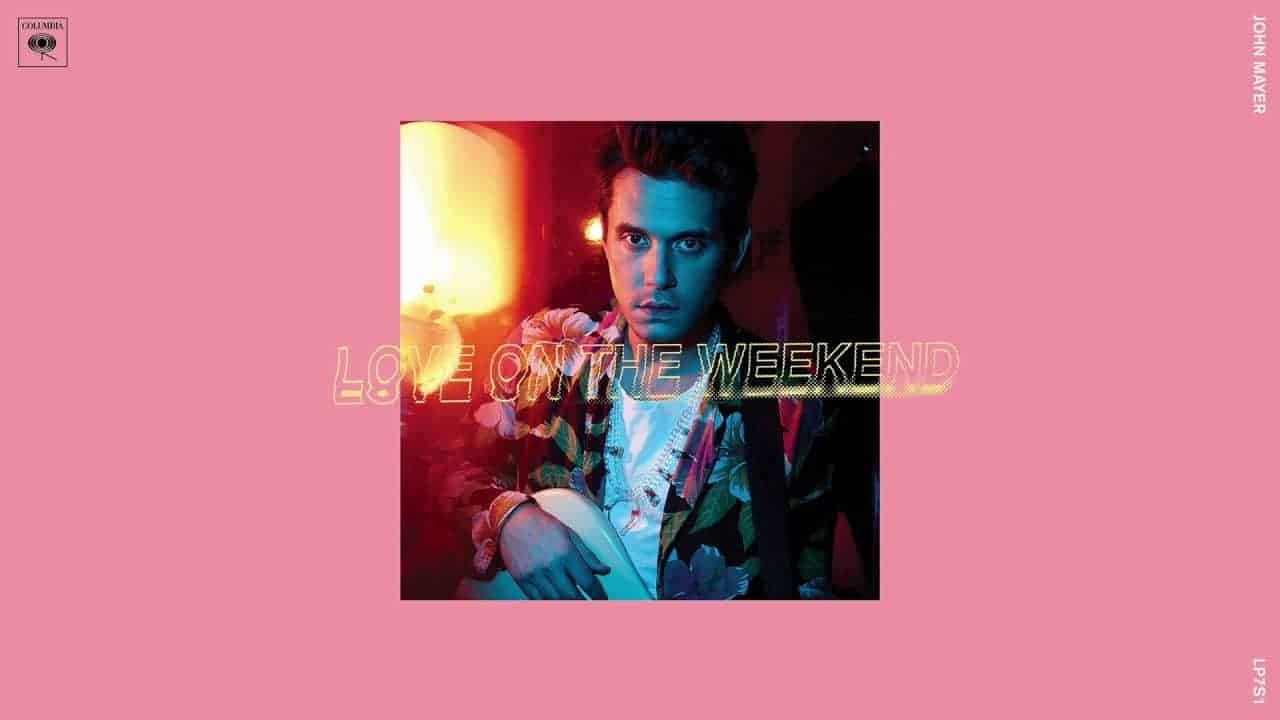 John Mayer – Love On The Weekend

Mayer initially teased the release of “Love on the Weekend” on social media last week, posting the single’s tropic cover art alongside a fluorescent pink image dated “11/17” to his Instagram account.

The singer-songwriter also uploaded a short video of an electric guitar solo from the record; more hair-raising than a static ball-signaling the artist’s long-awaited return to pop music.

Whilst Mayer has been hinting at a new album for several months, “Love on the Weekend” is the first taste of new music from the Grammy-winning singer since 2013’s Don Was-produced Paradise Valley. However, unlike the folk-americana stylings of Mayer’s last album; “Love on the Weekend” is a p-funk supernova which effortlessly blends the contemporary pop nuances of Continuum with the musicianship of the Grateful Dead – a sound which can only be described as explosively ear-popping as Wonka candy. Its production feels vibrant yet minimal; featuring a smorgasbord of hauntingly ambient melodies and free-form falsetto runs – which only accentuate Mayer’s most stripped back and empathetic songwriting since Born and Raised.

Listen to “Love on the Weekend” below:

Jordan explains, “The last time when we first came together for tsunami relief we were starting the Continuum album, and so now we’re doing this relief and it’s in the middle of, or finishing John’s newest album, The Search for Everything.” Mayer then interjects, “Actually that’s the first time…. Steve has announced the record now twice, the name of the record twice, and I have not told anybody.”