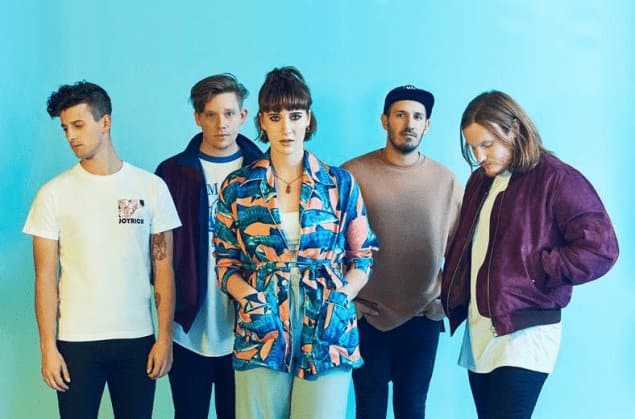 Hailing from Brighton the indie pop 5-piece band Fickle Friends are back again with their new single “Brooklyn.” A song that wouldn’t look out of place in an 8o’s disco. But at the same time fill a club’s floor in today’s age.

The song starts fairly bare, keeping instruments to a minimum. Besides the keyboard and drums that build the track up and it’s not long before the song starts to gain momentum. Collecting  it’s carefree tone. Soon enough Natassja Shiner’s strong vocals combined with infectious guitar riffs  help the song become a catchy and great dance floor filler. Essentially a summer tune released in November.

“Brooklyn” holds a strong rhythm which is lead by the drums. But at the same time the melody takes over and keeps it interesting and upbeat. The chorus is pumped with an affectionate “you are someone else.” Which takes place over a sing-a-long chorus. Giving it a revitalizing feel to a genre that is saturated in big choruses. Individually, the track let’s all of the band show off. Guitar parts that could wind on too long are reigned in. Trying to keep the bouncy and pop feel of the song.

As quickly as Fickle Friends built the song up, they take it apart. For the Middle 8, the guitar cuts out. Leaving the drums, keyboard and vocals. They build up to the last chorus, which in turn becomes the most fulfilling. You can’t help but press replay.