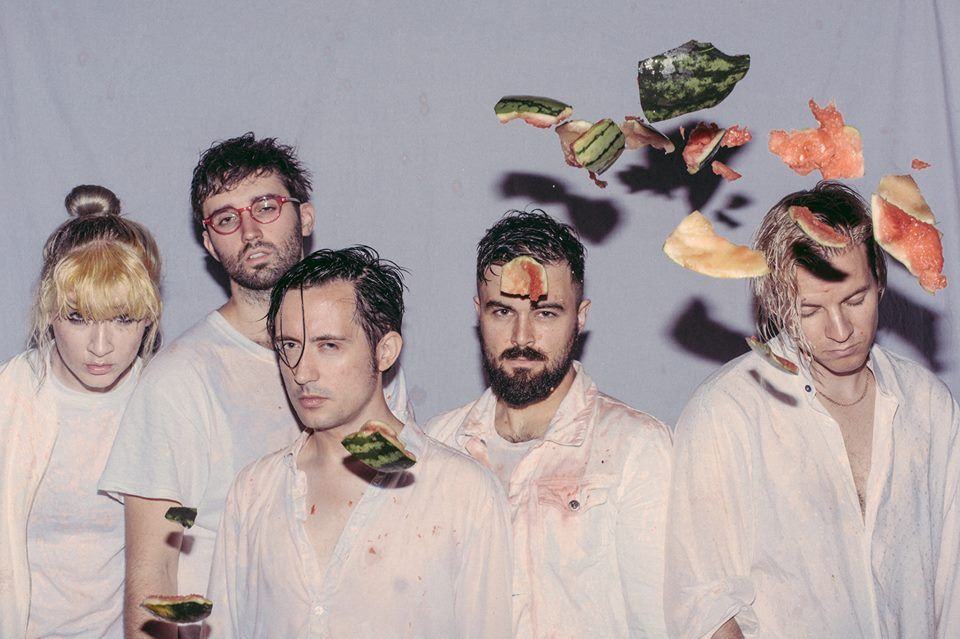 Scotland-based group WHITE have premiered their debut EP, Cuts That Don’t Bleed, making a huge statement with an explosive wall of sounds that come from a myriad of inspirations. WHITE chose their band name as a metaphor for a clean slate. Now, they are filling the canvas with an irresistible and intricate set of tunes that were influenced by the 70s and 80s, punk rock, drug dealers, and the various horrors of the year 2016.

We kick things off with “Private Lives,” a song that is put together in such a way that makes it sound like it would be right at home on the 80s charts (Think of the prog/industrial/new wave/electro/campy qualities that bands like Devo combined together). The vocals alone sound more “Simple Minds” than anything out of modern rock.

A combination of late 70s techniques with an early 80s sensibility makes “Private Lives” an instant curiosity, and cements it as a member of any pop-lover’s catalog. “Private Lives” is about exact that – the ways in which personal and public personas interact with one another, and what stays hidden versus what goes to print. This includes what WHITE depicts as “the surreal anomaly of the Russian druglord who dreams of being a Hollywood director.”

All of the above influences come together in “Recreational TV.” WHITE passes down the retro styles and almost amplifies them. “Recreational TV” borrows even more from post-punk and industrial rock than its predecessor. The band lists Iggy Pop and Depeche Mode as contributing to the inspiration behind the song.

With the connection to the 80s already established in “Private Lives,” just the title of this track alone recalls some major themes from that era. As soon as video killed the radio star, television became a cultural staple and iconic stars thrived. It seems like a natural subject for WHITE to explore, as they are knee-deep in the sounds of those very stars. “Recreational TV” utilizes the group’s collective talent on guitar, throws in some futuristic bells and whistles, and tops it all off with a memorable chanted chorus. Despite all the borrowing from the greats, WHITE found a way to make “Recreational TV” something entirely theirs.

Things take a darker turn with “Step Up,” ditching the kitsch for a little more screaming. The song is a rather dystopic depiction of an “angry world,” amplified by erratic instrumentation and the monotonous chanting of “wake up, wake up.” The band describes the song as “the paranoia that sends people down strange alleyways of half-truth and outright lies,” also noting that “Scarily, 2016 is doing its best to prove this song right and then overtake it entirely.” The fear for the future heard in “Step Up,” sadly, comes from a very real place.

The intensity is turned down a notch as the EP winds down with “I Liked You Better When You Needed Me.” At times, the song still uses the multitude of musical layers heard on the other tracks, but it allows for the lyrics to stand on their own. The bass riff turns exponentially more simple, letting the song keep its danceable groove but without the at times overwhelming 80s production. More importantly, “I Liked You Better” shows WHITE’s ability to cultivate their own sound without losing sight of the inescapable throwback heard in “Private Lives.”