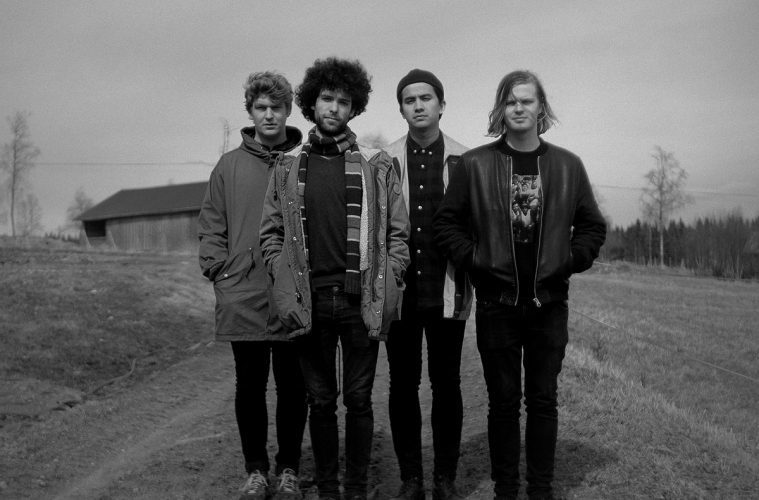 If you check out Close Eyes to Exit on Apple Music, notice the section entitled “Albums You May Also Like.” Down there at the bottom of the page, you’ll see Radiohead’s A Moon Shaped Pool. Oftentimes, those little suggestions are pretty on point. But never has it ever been so incredibly accurate. This debut album by Dutch band Klangstof is every bit existential and entrancing as you can imagine with that comparison.

The influences are there, worn like a badge of honor and wonderfully built upon. The vocals on “Amansworld” uncannily sound like Thom Yorke. Then there is the ghostly guitar-work of closing track “Island” that is reminiscent of Johnny Greenwood’s sense of suspenseful build-up. All throughout one can find pieces of familiar genius spun in a new and exciting direction.

That being said, Close Eyes to Exit is amazing in its own right—not strictly due to its similarities to Radiohead’s work. “Doolhof” opens the album: it’s a spectral instrumental that slowly rises in tension and drama. There are slight flourishes of what sound like strings and effect-laden keys, but they’re only there to add to the magnitude, not to take center stage. For the most part, the typical lineup of guitars and drums dominate the track. Then come the final moments of the song, where the tension finally breaks and a light-headed synth jumps in at the end to show listeners that it’s not all what it seems.

Each song on this album is unbelievably dramatic and compelling. Each one takes the listener on a unique voyage, deserving of undivided attention every go around. They play like vignettes that add up to one large masterwork by a mad scientist. With truly amazing production, it’s all so seamless and cohesive. Some elements sound direct, diving straight ahead, while other parts stay in the background. Layers upon layers are used creatively, evoking varying levels and dimensions.

Klangstof will probably receive comparisons to Radiohead left and right for sometime (especially from music reviewers). But let it be clear: there are no rip-off’s here. They hold their own in every way imaginable.