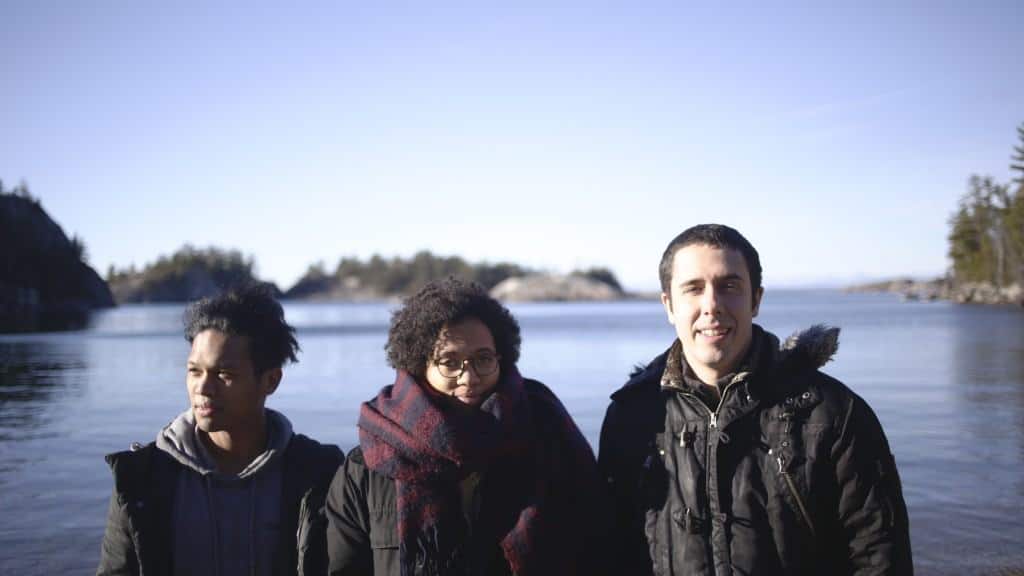 Folly and the Hunter – Castle Hotel

Canadian indie-folk trio Folly and the Hunter headlined Castle Hotel on Monday, a stage tucked away in the back room of a small pub in Manchester’s trendy Northern Quarter regularly graced by local talent at a grassroots level, hinted at by local support acts indie-pop songwriter Liam McClair and harmonious piano/vocal duo Canter Sempa. This distinctly international performance closed a personal circle of mine – there are only a handful of moments I can recount as defining, moments that started me on the music-loving trajectory I am on today and stumbling across the Montreal natives’ debut Residents album back in 2011 was one so the show probably meant a lot more to me to most.

It’s no secret that the band are yet to break the UK, as evidenced by the half full venue. It was a show performed to a scant audience undeterred by a Monday night and attracted by the prospect of a live night rather than the name on the bill. For those people, seeing a band of Folly and the Hunter’s caliber in such an intimate setting was their reward.

Simply put, it was a triumph and for someone with prior knowledge, it was no surprise. A glance over the back catalogue reveals just what a diamond was to be found in this rough. Residents was an album of beautiful arrangements and rustic charm. A marker, free of expectation, of just what Folly and the Hunter wanted to be – intricate melodies with a range stretching from the most delicate and subtle whisper to the grandest of swells, something hinted at by Residents and accomplished by Tragic Care. Latest offering Awake was yet another step into the bold, polishing their sound further in the process.

They translate wonderfully live. Performing tracks from their last two albums, it’s difficult not to be mesmerized by the twinkling opening chords of “Ghost,” get caught tapping along to the rhythmically pleasing drum thuds and stick taps of “Moth In The Porchlight” and uplifted from lullaby-like first half of “Duisburg” into the pacey, hard-hitting, bass-anchored second half. And that was just the opening three songs. Rolling through “Wreck It” with its uncharacteristic bite and the softer “Breath,” frontman Nick Vallee sincerely thanked the audience and admired the venue he was playing at for a second time. It was clear Nick, along with Laurie Torres and Phil Creamer (who continued to swap between drums and keys) were enjoying themselves, performing each song with infectious enthusiasm. Even minor difficulties with a guitar pedal and then a sound issue couldn’t put them off, the latter of which was commented on by Vallee as the amps seemed to take a particular dislike to the G-chord to which he quipped an SNL inspired “needs more G-chord.”

The set continued with “Small Victories” and “Kill My Hope,” perfectly suited to this mellow acoustic setting, as was the steely cover of Nirvana’s “Heart-Shaped Box” that further proved Nick’s vocal credentials that had already shone on the night. A home straight of “Vultures” and “Awake,” the tracks I personally think are the best from their respective albums, was a momentous end to an evening of humble stature.

Having toured arenas in support of fellow Montrealians Half Moon Run and appearing at the prestigious SXSW among other things, Folly and the Hunter’s current European headline tour is a bit like starting all over again with a new audience. What they lack in reputation they make up for with outstanding musical talent and a wealth of experience.

The moral of this story? Check your local gig listings carefully. There are some gems waiting to be found.