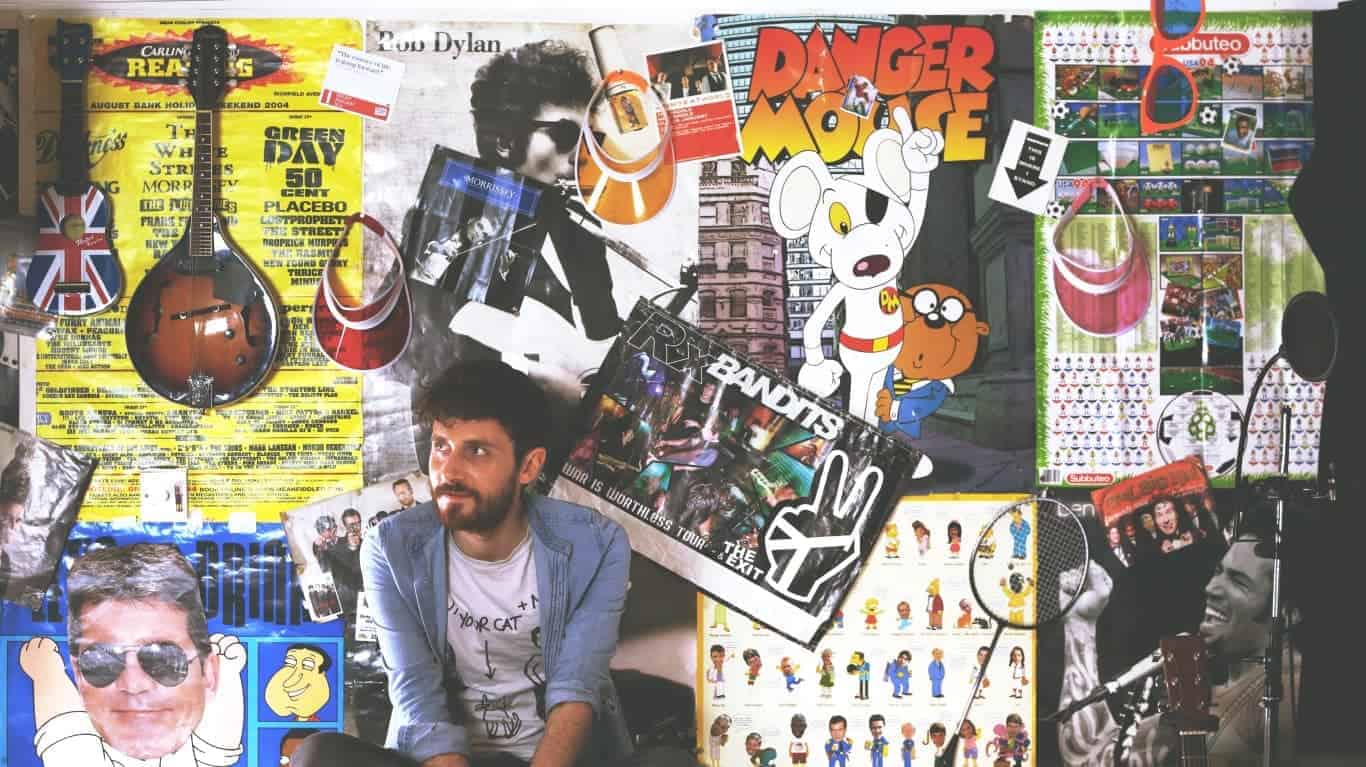 Back in March we heard the news that Frank Hamilton was returning with new music in an uncharacteristically conventional way. Sophomore album Songs To Make Life Slightly Less Awkward was slated for a June release, led by single “Lovedrug.” An unavoidable delay in the record’s release has meant we won’t get to hear it until the end of the month but in the run up we’ve been treated to new single, “Saturday Night,” with an upbeat indie-pop shine.

Known for incorporating a highly grounded and understated philosophy for the every day person, both the track and accompanying video – filmed on the opening weekend of London’s night tube service – confronts the notion of your average night out with frank (pun painfully intended) bewilderment and curiosity as Hamilton himself explains: “The whole thing fascinates me. People are weird enough without alcohol, loud music and a roomful of sexual tension. I love getting messy as much as the next person, but I often wonder what aliens would think if they landed on Clapham High Street at midnight on a Saturday.”

Frank also got involved in our playlist feature. Below is a list of his inspirations and all time favorites. You can listen to all ten as well as new single “Saturday Night” via our Spotify playlist at the bottom of the page.

1. Hot Hot Heat – Oh Godammit
Possibly my favourite track from their breakthrough album, ‘Make Up The Breakdown’. Such a great record.

2. Blink 182 – Wasting Time
I was either 14 or 15, I can’t remember. Her name was Sarah and I wasn’t sure if she liked me or not. My friend lent me an old Blink 182 record on the bus home and I had this song on repeat for about a month. “Sometimes I sit at home and wonder if she’s sitting at home thinking of me and wondering if I’m sitting at home and thinking about her… or am I just wasting my time?”.

3. The Promise Ring – Become One Anything One Time
I saw The Promise Ring on tour with Jimmy Eat World back in the day and met them before the show (I was boldly knocking on tour bus doors in the hope of meeting JEW when Davey, Promise Ring’s singer/songwriter, came out to sign my copy of Kerrang!).  This song’s from their ‘Wood/Water’ album, which is easily one of my favourite bed time listens.

4. Elvis Costello – Oliver’s Army
Not sure what else to say about this song, other than if you don’t know it go and listen to it right now. Actually scrap that – go and buy/stream the entire Elvis Costello best of. If you don’t fall in love with some of it then go and see a doctor.

5. The Smiths – Cemetery Gates
My favourite track on their seminal ‘The Queen Is Dead’ album. The song that signalled the start of a long time love affair with Morrissey and his musings. “There’s always someone, somewhere… with a big nose who knows”.

6. Paul Simon – Me and Julio Down by the Schoolyard
This songs takes me back to being a wee nipper in the back of my parents Volvo, driving down south for our annual camping holiday.  The melodies and the vibes have never been in question – I loved those when I was 3 years old – but the depth and detail of the stories and the imagery he creates is something I’ve come to appreciate with age. Genius.

7. Meatloaf – Paradise By The Dashboard Light
Another song that reminds me of being in the back of my folks Volvo. My old man has always been a bit of a Meatloaf fan and thus he’s become one of my guilty pleasures.  Say what you will, but Paradise by the Dashboard light is an absolute monster of a song… if you can even call it a song? It’s more like a play with three separate acts!

8. The Crimea – Lottery Winners on Acid
This was the big single from their ‘Tragedy Rocks’ album – easily in my top 5 albums of all time – and features one of the best chorus lyrics I’ve ever heard. I remember seeing it on top of the pops and falling in love with it. If you like this, check out ‘Baby Boom’, ‘Bad Vibrations’ and if you’re feeling brave, ‘Opposite Ends’.

9. Lauren Aquilina – Thinking About
I met Lauren during #OneSongaWeek and we’ve been good pals ever since. This is one of my favourite tracks of her debut album.

10. Kings of Leon – Fans
I’m not too sure what he’s saying half the time but it doesn’t matter. The melodies are great and the arrangement is first class – it feels like every single note on every single instrument was planned meticulously (in a good way).