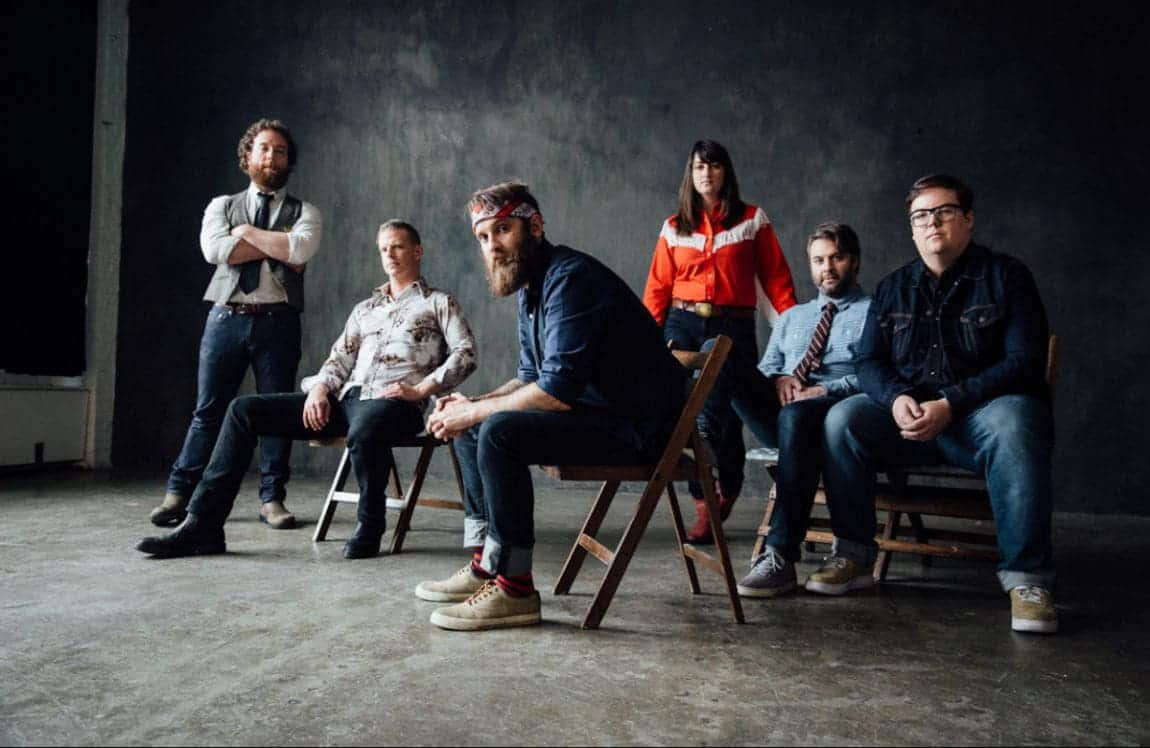 The Strumbellas – We Don’t Know

It’s been a milestone year the The Strumbellas. The Canadian pop-folk group hit it out of the park with their song “Spirits” – which continues to gain more and more traction despite being released back in April – and also released their third studio album, Hope. The latest to come from the six-piece is a playful new video for their latest single, “We Don’t Know.”

The video begins with some documentary-style live show footage, showing the band getting off stage and into the green room. But slowly the shooting style begins to shift as the band members start to sing directly into the camera. Once the first chorus is unleashed the band channel their inner Ryu and Chun-Li as the video turns into a Street Fighter style battle royale between the band members. They instead become characters, each with a unique look and skill set.

In this nod to classic video games we consistently see everyone having fun with what they are doing and finding entertainment in something so simple. It’s the innocence and freedom of enjoying time with your friends, and not taking anything too seriously. All the while, the video is a backdrop for a song that, just from the lyrics and jubilant sounding chorus, can really tug at the heartstrings. It’s about the uncertainty of life, but the willingness to move forward. As singer Simon Ward states that “We don’t know if we’re lost, that we’ll find a way,” but ensures that there is hope.

That is where, as lighthearted and silly as the video is, the heart of it really comes into play. In the end, all of the characters come together to defeat the final boss. It shows the importance of love, family and togetherness in difficult times, something that is tackled in the song itself.

The Strumbellas are masters of duality – they can slap the catchiest melody on the darkest song and pull it off effortlessly. They have done it again here in the “We Don’t Know” video, keeping the visuals quirky and fun over a song that is really rather emotional. As a whole, it really just lets us know who The Strumbellas are as a band.