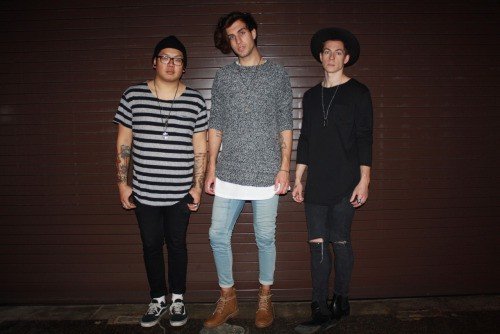 Young Rising Sons have been looking more and more promising since their debut single “High,” all the way back in 2014. Since then, they have grown a dedicated and loving fanbase. Their first new single this year, “Undefeatable,” is an ode to them and their journey so far.

The common thread between all Young Rising Sons songs is a triumphant, positive message – part of the reason why they have been so well-received. They always have something good to say, something to resonate. “Undefeatable” has the same heart to it, but it’s a little bit different. It follows a universal feeling, something anyone can relate to. The feeling that life tends to get tough sometimes. But in true Sons fashion, the song is really about never giving up. It’s bold, outspoken, and a celebratory presentation of their style.

“Undefeatable” slows things down a bit, giving it a grungy undertone. While it still has all the strongest elements, taking a step back from the more traditional rock form allows the song to be more emotionally expressive. Lead singer Andy Tongren almost drags out the syllables when stating “we are the stars and the suns, the unforgettable ones.” It makes an impact, just as it was meant to. He’s backed up by a grounding drum pattern and, occasionally, a chorus of eh-ohs that give the song a particular energy.

The band name is a perfect descriptor of their project, now more than ever. Young Rising Sons have created something special over the years, and “Undefeatable” is just the next step. The only complaint to be made here is that they’ve yet to release a full-length album.