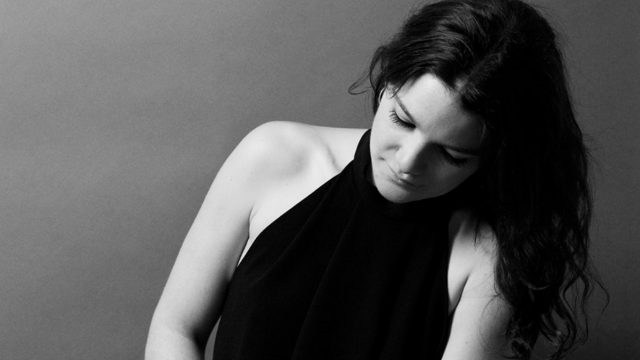 A track that is beautifully light in sound yet heavy with talent is “Jailbird,” SHELLS’ newest track off of her upcoming debut EP. This track follows the UK-native’s stellar singles “Jagwar” and “Gold,” continuing with her minimalist and delicate sound.

SHELLS stated the song is “one of her favorites” and that “the story’s in the title really. It was great fun creating and building delicate and minimal music underneath such a feisty lyric.” She mentioned that they pulled numerous musical instruments, such as percussion, cut-up cymbals, chest-slaps and claps, humming and Kora sounds, together to make the soft and tantalizing sound within the track. Hinting at a self-growth and progressive theme with her lyrics, this song is subtle yet still effective in empowering SHELL’s all-encompassing audience.

We spoke to SHELLS to get a better understanding of her sound and background. Check it out below.

You’ve got such a soulful, yet ethereal voice, when did you start singing?

Thanks guys! My dad’s mum gave her beautiful, upright piano to my family when my three sisters and I were young. We’d all play and sing in  harmony and write songs from a young age. I remember singing along to my Mum’s tape collection and trying to learn all the words to Prince, Toni Braxton, Whitney Houston and Celine Dion.

You hold a degree in music… how did schooling come to shape you as a musician?

I’ve been lucky to meet teachers who’ve had a huge positive impact on my relationship with music. There was a teacher at my secondary school, Rob Greenfield, who basically frog-marched me into his School Jazz Band rehearsal and told me to sing Eva Cassidy’s ‘The Letter’. I was so nervous, I had never sung in public on my own at this point, but his enthusiasm and encouragement soon had me performing at most of the school events. He was the first teacher to give me the confidence to perform. At University I was lucky enough to study under Vocalist Nichola Christie who’s teaching will continue to inspire me always. Finally, Tutor and all-round music legend Matthew Scott, who’s dedication to learning and creating will stay with me always as a musician too. These fantastic teachers have had the most profound effect on my attitude towards music.

You’ve also traveled a lot – living in the UK, Japan, Ghana, and South Africa – how has your experience in these different places with different cultures and music styles influenced you as an artist?

Wherever I go, I am always enchanted by the different instruments, song structures, performance styles and songwriting processes. The different scales, rhythms and forms don’t always make their way directly into my music, but they contribute towards my appreciation and enthusiasm for sound and expression, and I am constantly inspired by its variation around the world.

You sing and play the African harp… what is the creative process like for you? Do you initially start by writing lyrics or playing melodies on the harp?

One of the beautiful things about this instrument, the Kora, is that it can feel so relaxing to play. Friends who say they can’t play an instrument at all love to pick it up and pluck the strings, it’s a hypnotic, rich sound. Traditional Kora players from West Africa, or ‘Jali’ are the story-tellers, historians, and even ‘medicine men’ in their culture. The art is traditionally passed down the male-line, and there are Kora players today who can say that they are part of the 70th generation to play the Kora in their family. I obviously haven’t studied or known the Kora in the way that these incredible players have. They lace rhythm and melodies in the most seamless, beautiful ways from their early years. It’s stunning to hear the Kora played by people with so many years of accumulative storytelling and mastery. But I still find it a transcending instrument to play, and I find that when I am writing songs on the Kora, the melodies, lyrics and structure all come at the same time as a result.

I wrote Gold quickly on the guitar, then made a demo on logic the same day. I didn’t have a way of recording guitar onto my computer that night, so I used a synth/piano sound from logic that remained the lead instrument in the final track. I added minimal drums, a cello sound and lots of backing vocals. I later worked with a string arranger who composed parts for some very talented musicians who played in the final strings on the track. I finished the track with producer James Earp, who worked his magic to pull all the sounds together. James Earp and I have worked together many times since, the process with him, and with other producers is always different. Sometimes you start from scratch together, sometimes I’ll/they’ll come in with a whole idea that we’ll finish/record. It’s always different,  it’s amazing to work with such incredible musicians/producers not knowing what you’ll end up with at the end of the day.

Who are some of your musical influences?

My earliest musical influence was Ella Fitzgerald. My Mum singing ‘Dream a Little Dream’ to herself whilst doing the house-work. The melodies and stories in those jazz ballads have always felt like home to me, and made me want to sing. My Dad would sing ‘The Owl and The Pussy Cat’ on the guitar, and he’d play The Rolling Stones, Neil Young, The Kinks, The Beatles, and Dylan in the car. My music couldn’t be more different to these guys, but I loved it so much, they had a huge influence on my early love for guitar music and pop and rock songs.

Who or what do you look to for inspiration?

Everything and anything, I love listening to people. I was frequently told-off when working in pubs and restaurants in Kent for talking too much to customers on shift, and now I’m living in London it’s even easier to lose yourself in people and places you pass.

What else is in the works for you?

I’m writing and recording a number of different projects with different people at the moment. It’s lots of fun working with new people and old friends on so many different ideas. Watch this space!

If you’re working on an EP what can you tell us about it and when do you anticipate its release? What are some of the themes your first EP will cover?

I’m really excited to be releasing the first EP this November! It’s a collection of songs that represent the music I’ve been making over the last year or so. It features ‘Gold’ and three more songs with similar production. Generally, the EP is about ‘love conquering all’ and the different shapes that that embodies. The artwork of the EP is inspired by a Harmonograph, a Victorian instrument that illustrates the different shapes made by the vibration of sound. Each song on the EP is represented by a different shape in a different colour. I’m fascinated by the correlation between sound, colour, form and senses. This first EP is a combination and accumulation of all these themes.

Now for some fun questions, what was the last thing you Googled?

If you could only live on one food for a month, what would it be and why?

Cheese and bread! My Dad, Step-mum and brothers live in Paris, the local market smells of delicious fresh bread and flowers. There’s a cheese-counter as long as the market tent with a man selling wine from a wooden wheel barrow covered in hay and small wine barrels. It’s a bit of a dream really… I’d also happily eat fresh fruit for the rest of my days, the smell of fresh mango, melon and unpicked strawberries are some of my absolute favourite things!