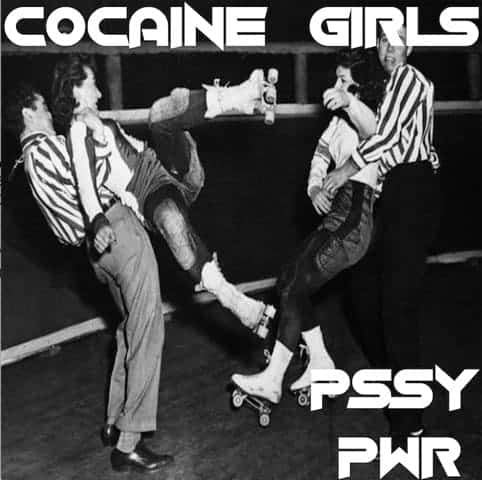 “Cocaine Girls” is the 90’s pop ballad that you’ve been missing, given to you by the tongue-in-cheek group PSSY PWR. As unapologetic as the name of the group implies, the track is just as raw and un-regretful. Its quite simply, fun! The track is the debut piece forPSSY PWR and is accompanied with a fiery and amusing video.

Opening up with a 60’s themed, black and white synchronized swimming scene, and then moving into various clips of other female team sports – including haphazard fighting – this video is something else. And with a main tagline of “Everybody wants you, and everybody needs you. COCAINE GIRLS!” this track wastes no time in entering the music community loudly and energetically.

We can only make guesses as to who is behind this girl-powered bit though. Little is known about the group as of late. There’s no background of the band, no press-shot, and for now at least, just this one track to brand them for what might come next.