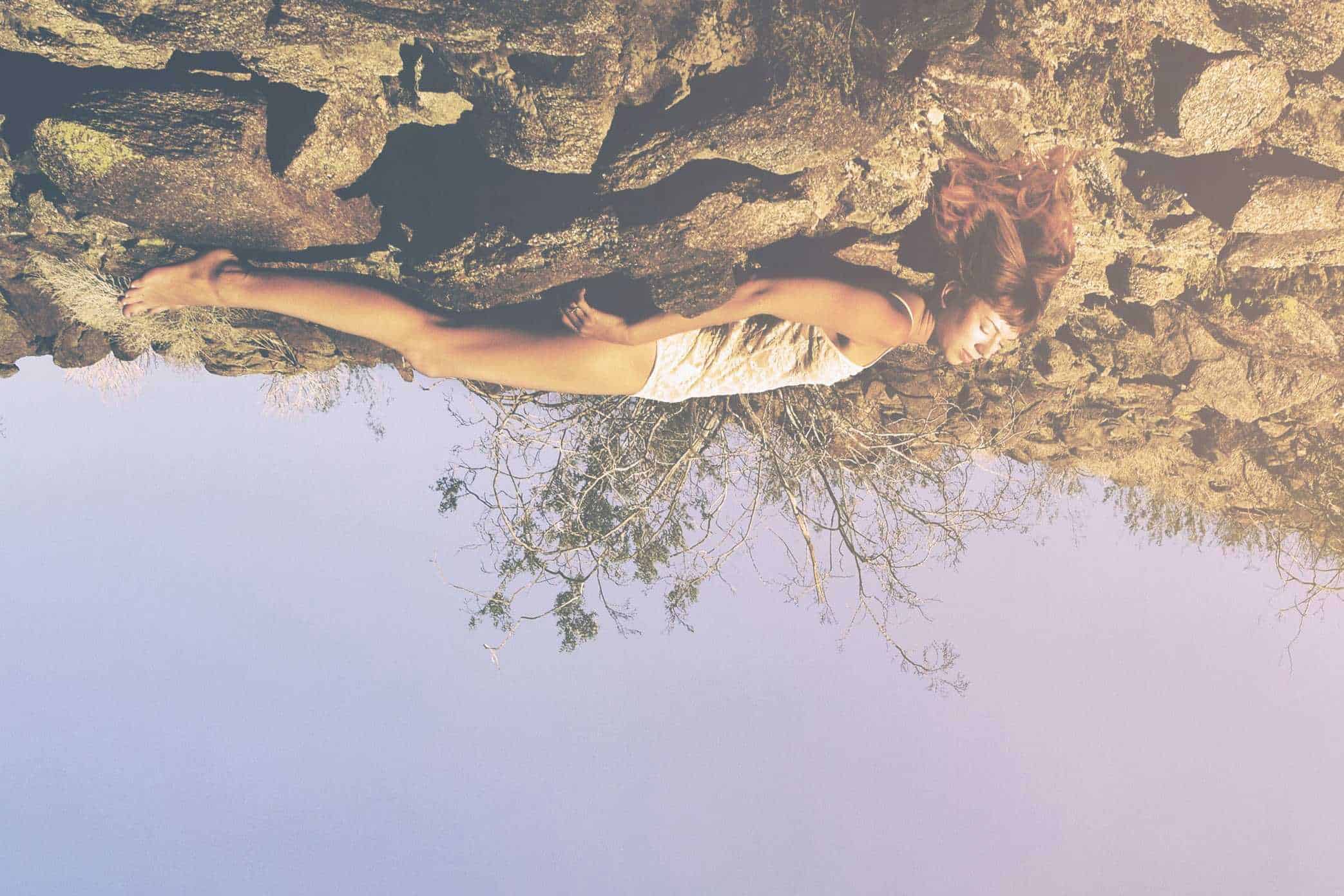 LA-based multi-talented singer/songwriter/visual artist Ella Vos makes her debut with a stunning single called “White Noise.” Although a newcomer to the industry, her gentle vocals and intricately laced melodies prove that she’s got a lot to offer.

“White Noise” is a song that showcases a wide range of sounds: piano chords, distorted vocalizing, a cool beat, and white noise making an appearance towards the end of the track. At a glance, listeners may think that Ella Vos is singing about a lost love that cannot be saved. Lyrics such as “But you apologize over and over. You don’t want to hear. Cause it’s all white noise swallowing me. Take your high horse and I’ll be free” may hit a little too close to home, however, Ella explains a little more in depth about it and it’s nothing that would cross your mind when hearing this song.

Ella Vos shares the story of her baby’s birth on her twitter page when explaining the meaning of the song and how it was created. She says “You weren’t part of the plan. I wrote this song when you were 6 weeks old, and we were alone. You cried while I cried – hoping that the white noise would let you sleep. It was suffocating. You’re my best thing and my worst thing, regardless of how it “should” be. If someone gave birth to each and every one of us, why is it so uncomfortable to mention? I just miss being the center of my universe, and maybe that’s okay.” Her vulnerability is a letter to her baby, confessing that it’s a difficult journey but also the best thing in her world. Learning the real meaning behind the song gives listeners a whole new perspective. It also shows us how strong Ella is as an artist and mother. Rather than being free from toxicity of another person, “White Noise” tells us a mother’s wish for a little sanity in this new life she’s adapted to, and to hear sweet noises from her child rather than cries and the white noises that drown them out. What I thought was a straightforward song about a backstabbing boyfriend turned out to be deeper and more poignant than I could have imagined. I admire how honest she chooses to be as a new mother, where there are many women in the world who glamorize everything about motherhood. Yes, it’s a beautiful thing, but it doesn’t mean that it’s not difficult. That’s exactly what Ella shares with us.

Ella Vos is already breaking boundaries as a fresh face in the scene. With a beautifully produced track and an even more impressive message behind the debut, there’s no telling what she will come up with next.