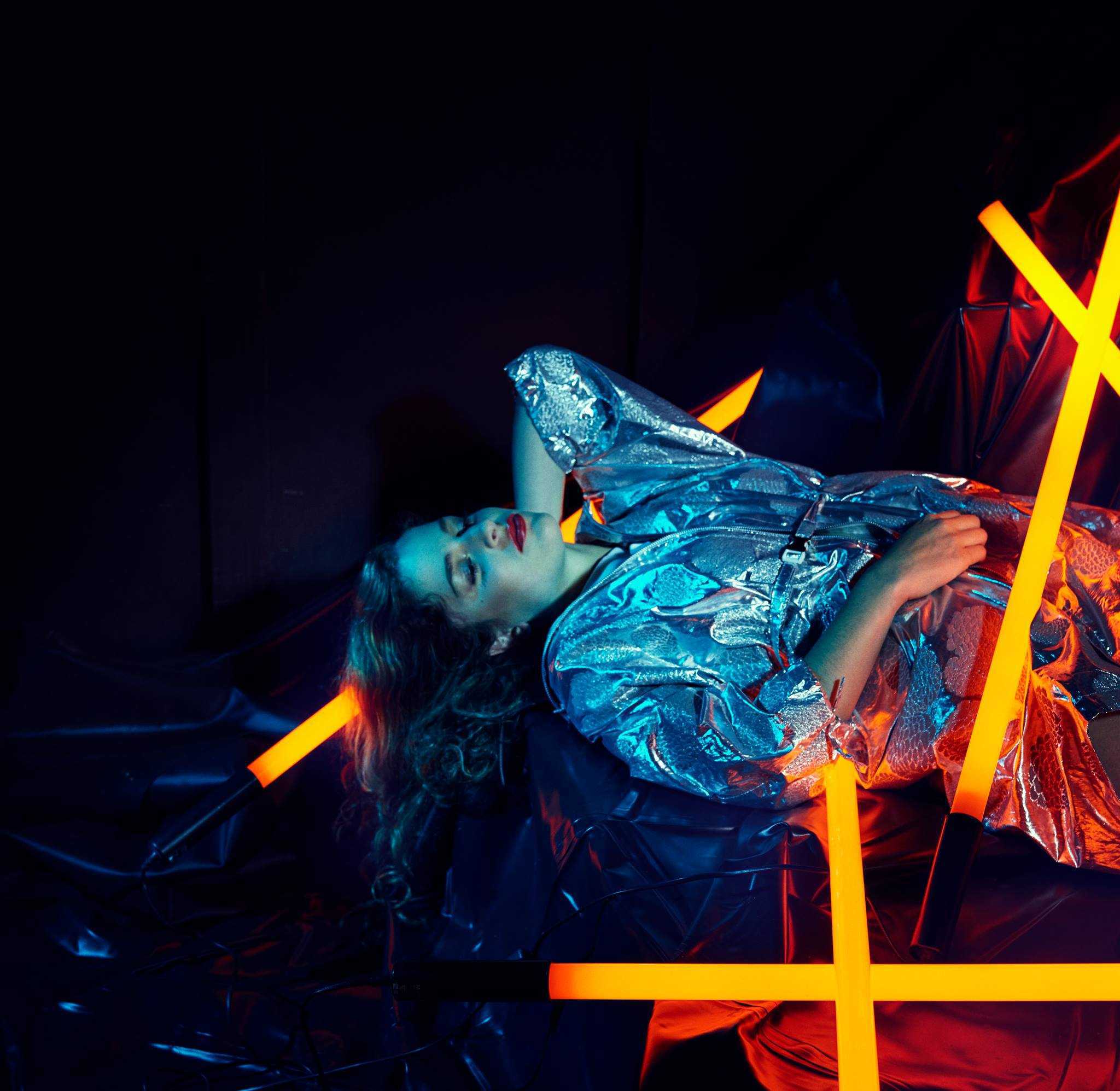 As alternative pop goes, Tsar B’s debut EP begins to push some serious boundaries and she’s obviously already a pioneer in her self-appointed genre of “dark blue oriental R&B.” On first listen it’s easy to compare Tsar B aka Justine Bourgeus to FKA twigs or M.I.A. and other more alternative female vocalists. The self-titled EP follows a string of singles, all of which are included on the release. If you’re thinking you’ve seen the name before, you may be familiar with the insanely brilliant cover of Amy Winehouse’s “Back To Black” which she and fellow Dutch star Oscar And The Wolf provided for the soundtrack of film Black.

On the four track offering we are introduced to a dark and mysterious world laced with R&B flair, Middle Eastern influences and rich vocals. Opening track “Myth” instantly evokes that distinctive dark blue oriental R&B label making it seem a little more thought out than it first reads. With pitched down backing vocals and almost off key percussion the track is a great gateway into the rest of the EP. Weird, but not too weird with its rather straightforward melody.

“Swim” and its signature trumpets teamed with Bourgeus’ vocals are a perfect match and again it gets the alternative lean spot on as the menacing chorus kicks in and reminds us why Tsar B is such an interesting artist. The third track on the release is described as “the odd one out,” but “Fort” stills feels very much in place. Its audible Middle Eastern influence and the heavy bass ensures despite the quite light lyrical content the song sounds dark and this darkness skews the interpretation of the lyrics making them almost stalker-like.

EP closer and debut single “Escalate” still wows on subsequent listens. The highlight of the whole EP is undoubtedly the hook which Tsar B sings in a chanting fashion “I give all my gold / to translucent minds”. At times on this track, and the others, Bourgeus’ vocals are reminiscent of the strain and tone which make Björk sound so unique. As a first set of recordings it will be exciting to hear the story continue.