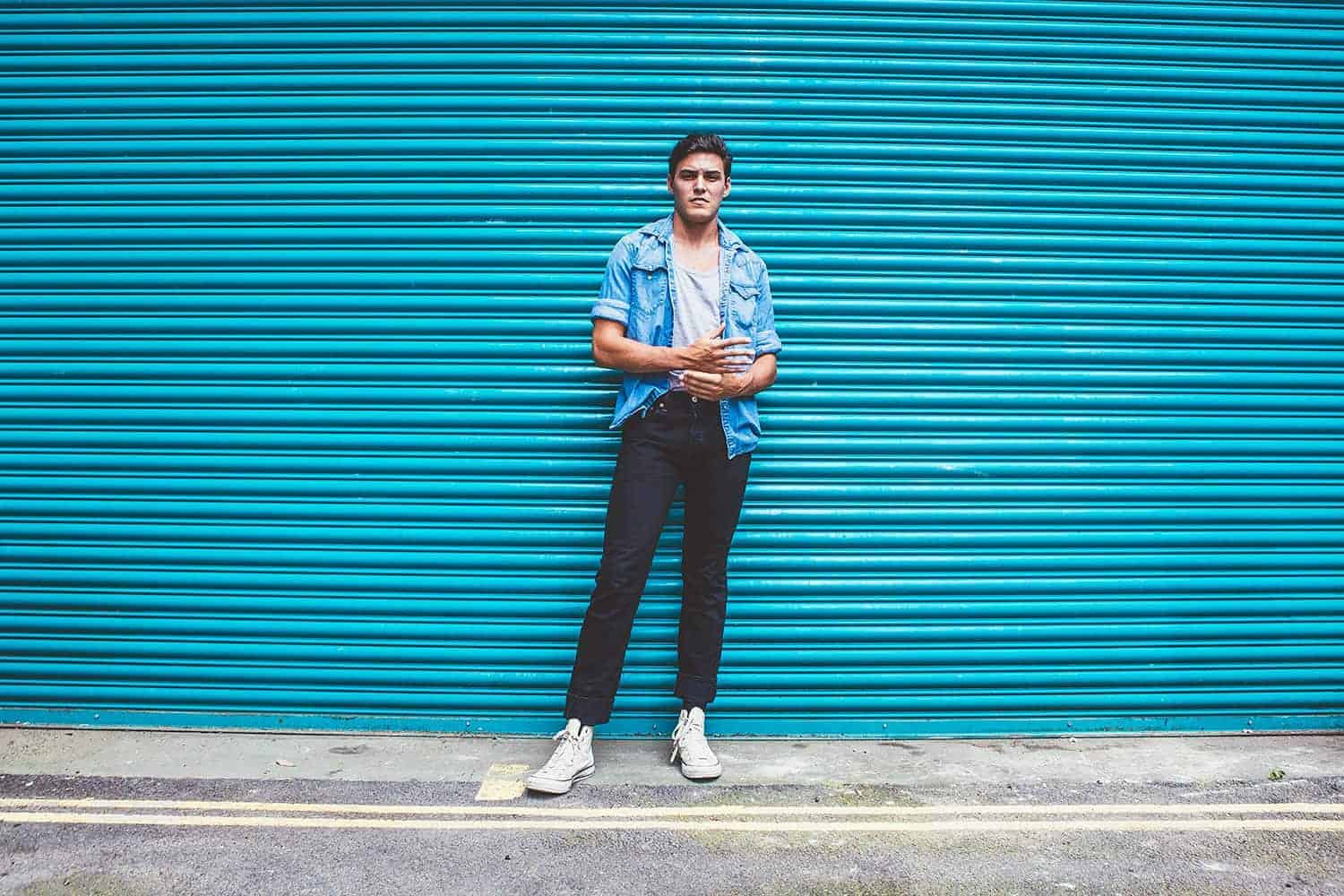 The past two years for indie pop singer Tor Miller have been an exhilarating whirlwind. The 22-year-old Brooklynite has worked diligently to step out of the shadows and bring himself to center stage. With a battalion of emotive balladries and a soulful croon reminiscent of the 70s, he’s making vast strides towards greatness.

Miller’s inexhaustible devotion to his art dates back to his early pre-teen years. When he was 12 years old, his parents temporarily separated and Miller relocated with his mother to New Jersey from Manhattan. Despite the distance, his mother would make the hour and a half long commute every day from New Jersey to his school back in the city. To offset the boredom of a humdrum commute, his mother gave him the records of musical deities like Elton John, David Bowie, and Fleetwood Mac to listen to. Their groovy classics became the inspirational gospel that Miller would live by as he began his journey into music. “I always loved the warmth of those records,” recalled Miller. “They spoke to me in a way other music hadn’t before.”

It took a major about-face in Miller’s life to transform his interest in music from a hobby around the house, to pursuing a career as an artist with conviction. Six months after moving to New Jersey, Miller enrolled at a new school closer to home. For a while, his new school wasn’t a place he was happy attending. During his early years there, he would stay by himself and didn’t really speak much to anyone. Within a place of isolation, Miller had a saving grace. He had a piano teacher that gave him the freedom to play whatever it was that he wanted. While he played the piano he would sing, but very quietly. One day his teacher pointed out his vocal skills, and they discussed fine-tuning them. A week later, they began writing together.

The guidance his piano teacher gave Miller a quick foothold in his craft. He formed a band and they began to play shows at NYC venues like Rockwood Music Hall, The Bitter End, and burlesque bar, The Slipper Room.

The buzz surrounding him was inescapable at the time. Miller was ready to answer any call that brought him deeper into the music world. In came Glassnote Records – a label famous for being the home to a roster of artists like Mumford and Sons, CHVRCHES, The Temper Trap, and Childish Gambino. They noticed the talent behind the craze instantly and signed him to their label in early 2014.

“I always envisioned myself fitting nicely on the label, and when the offer actually came through I was floored.” stated Miller. He signed to Glassnote Records while he was studying music at New York University. Even as he began his college career, he maintained a steady focus on his end goal of making a name for himself in the music industry. “I had set out a goal to move back to NYC, and within two years cement myself in some sort of deal. For that to come to fruition and for it to be on a label I loved was a dream come true.”

Since then, Miller has stayed the course in continuing to add to the world of music with his talent. In early 2015 he released his debut EP, Headlights. With its cool jazz vibes reminiscent of the swank spirit of music in the 70’s, Miller provided himself a confident introduction into the music world.

His music is a captivating vision of his journey as a young adult in a cutthroat world, eagerly working every day to make something out of his passions. He composes songs that capture the boons and drawbacks of this world in such an honest way that puts him within reach of his listeners.

His new record, American English, displays the emotional heights that he has grown into within the past year. The album is vivid and picturesque in its design. Miller takes the grandiose landscape of life in a big city like New York and gives it an intimate first person view, showing how his growth came about from the prismatic nature of the city. “There is a chaos and grandeur coupled with an odd isolation in the mass of people, and I wanted to capture all of New York’s contradictions,” stated Miller.

Tracks like “Carter & Cash,” “Washington Square Park,” and “Rag N Bone” exude the vibrancy of New York. Balancing out a healthy dose of drums, synths, and bass guitar with Miller’s soulful croon, these songs highlight the impact of the city’s atmosphere on Miller’s upbringing. He is part of the city’s aura, singing out jazzy canticles of his everyday experiences within it.

“Surrender” stands out as a beacon of Miller’s emotional virtuosity. The song begins with a gallant line of strings and piano, an arrangement that makes for an astounding union with Miller’s vocals. The track is voluminous and filled with sensational flair. As the opening track to the album, it does well to showcase Miller’s confidence in his art.

The album has a personal touch that makes Miller’s experiences feel all too familiar to the listener’s own experiences, which is what Miller hoped for. “I will leave them to decipher the album in whichever way they please,” he said. Tracks like “Always” and “Baby Blue” feel like intimate letters of his sung out as amorous hymns.

American English was produced by Jon Green and Eliot James at Eastcote Studios in West London. On bringing the record all together, Miller said, “I had a broad overarching idea of what I wanted this album to be, Eliot and Jon brought these ideas to life.” The trio spent months working to gather everything, then scaling back to see what would work best to bring Miller’s vision to fruition.

Many of the songs on the album are compositions that Miller has been waiting to fine tune for about four years now. “I’m very excited, and it’s going to be a massive relief just to have the music out in the world,” said Miller. Upon the release of the album, Miller hopes to continue touring. As a testament of his diligence, he’s already begun writing his second record.

Miller has come a long way from his modest beginnings as a young boy singing along to groovy classics. Now 22 years old, he’s a man engulfed into the world of music that he spent so many years of his youth appreciating. Through a path of many trials and tribulations, he’s reached a respectable point of recognition for his talent.

On the trek to actively pursuing your passions, Miller said, “So many people surrounding themselves around you may have opinions, but you are the one who has to live with the actions, nobody else but yourself.” He added that if you fail, there is solace in knowing that the failure came from doing something you love, not something that you were placed in a mold for.

Miller said that he wants to be remembered as “someone who was recognized for my passion and dedication to his music.” His devotion to his craft is as easy to notice as blue hues in a daily sky, and equally as easy to appreciate.

American English drops this Friday, the 30th and can be pre-ordered here: http://po.st/AmericanEnglishPR