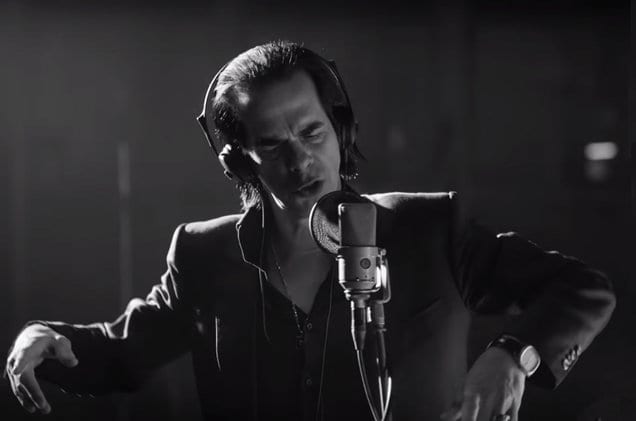 Nick Cave & The Bad Seeds are no strangers to gloomy ballads or depressing fables, but something about Skeleton Tree, the Melbourne natives’ sixteenth album, feels especially somber. Much of this grim atmosphere can be attributed to the personal tragedy that Nick Cave experienced during this record’s creation. (Nick Cave’s son Arthur passed away after falling from the top of a cliff). Within this context, overbearing as it is, Skeleton Tree is Nick Cave & The Bad Seeds’ most chilling record to date.

Starting with the album’s cover art, this record does a lot with very, very little. It is minimalism to its scariest yet most evocative degree. Opening track “Jesus Alone” grumbles and wails with an endless drone. Strings carefully swell to add unsettling emphasis. Delicate drums march along as Nick Cave sits at the piano, ruminating on grief and religious isolation. Each song sounds like a gothic soundscape that would play discretely in an underground spa that specializes in pagan rituals.

“I Need You” will undoubtedly go down as yet another classic Nick Cave ballad, bearing similarities to “Into My Arms” from 1997 offering The Boatman’s Call. He croons and croaks with sorrow: “Nothing really matters / Nothing really matters when the world you love is gone.” Title track “Skeleton Tree,” closing off the album, could also be placed alongside the songs of The Boatman’s Call or even No More Shall We Part.

Clocking in at around 40 minutes, Skeleton Tree is their shortest full-length album. Having said that, it feels complete – nothing could possibly be added or taken away. Down the very second, it is whole. It depicts a specific moment in time, specifically in Nick Cave’s life. He is at his most vulnerable and he allows the audience to witness what not only grief but undying love look like. With a piece of art like this, it does not come down to how much one “enjoys” the experience. Instead, it’s about appreciation – taking a look at what it means to live, to love, to hurt: to be human.