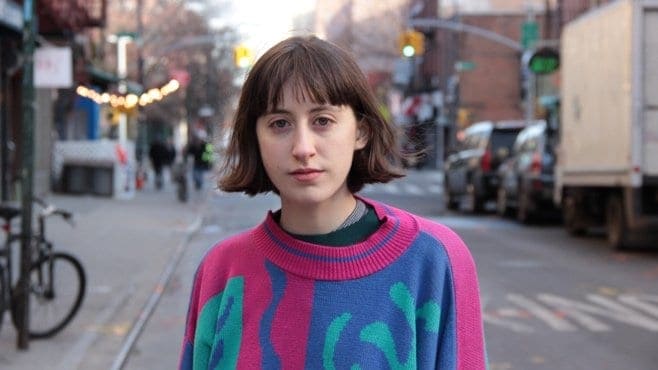 Windscreens are the large, puffy foam covers often placed over microphone grilles to protect against loud popping or banging noises caused by wind, heavy breathing and vocal plosives. Socks may be used as an alternative if necessary, as I learned at my last Frankie Cosmos concert.

Greta Kline, the singer and overall brainchild behind the four-piece known as Frankie Cosmos, grabbed a balled up sock she’d stored in her pocket. A staffer of the small Ohio venue stopped Kline as she began to place the sock over the mic. There was a windscreen offstage she was welcome to use, he’d said, and as she located the foam puff she laughed and spoke into the microphone:

“She’d never used one of these before.

The sock was dirty anyway.”


It’s this same sincere image of youth and discovery that makes Frankie Cosmos’ music a delight. Kline began recording her own music in her bedroom as a teen and posting these short snippets — many songs looming around only 30 seconds — to her Bandcamp page.

Their latest album Next Thing hasn’t lost this bare reflection on adolescence, though the album was released under Bayonet Records in April, far from the DIY scene Kline was used to in her younger years. Kline, having now entered the age of the 20-something, finds a balance of the sweet charm of youth and the emerging wisdom of adulthood on this sophomore album.

With a blunt, lyrical forwardness of specific details, each song reads more like a journal entry of poetic strings. Yet like any good journal entry, deeper, universal truths can be found within the details. This raw, universal quality makes Next Thing relatable to all the world’s youth and the young at heart:

Just to name a few…

Each of the album’s fifteen songs, short and melodic, were written by Kline herself. Each concise track ranges in length from 45 seconds to not quite three minutes. The entirety of the album, over in 28 minutes, encourages 28 minutes of necessary listener concentration.

Space out for a moment and you may miss a minute of sharp detail. And make no mistake, though brief, Kline’s work is fully constructed and far from incomplete. Her sweet vocals are complimented by the rest of Frankie Cosmos’ band — David Maine, Lauren Martin, Luke Pyenson — complimenting Kline’s quirky voice with often understated bass, keyboard and drums. In an April interview with Pitchfork, Kline professes while working on this album, “I learned a lot about 16-year-old me. This record is for her. Being an adult and looking back on emotions that you felt a long time ago—the longer you think about it, the more you can write with clarity.”

The same logic applies to its listeners; the longer one meditates on this sophomore album of Greta Kline’s, the more clarity one may find. Fifteen brief songs of poetic grace and clever insight, where every listener can find a bit of comfort, a bit of clarity.