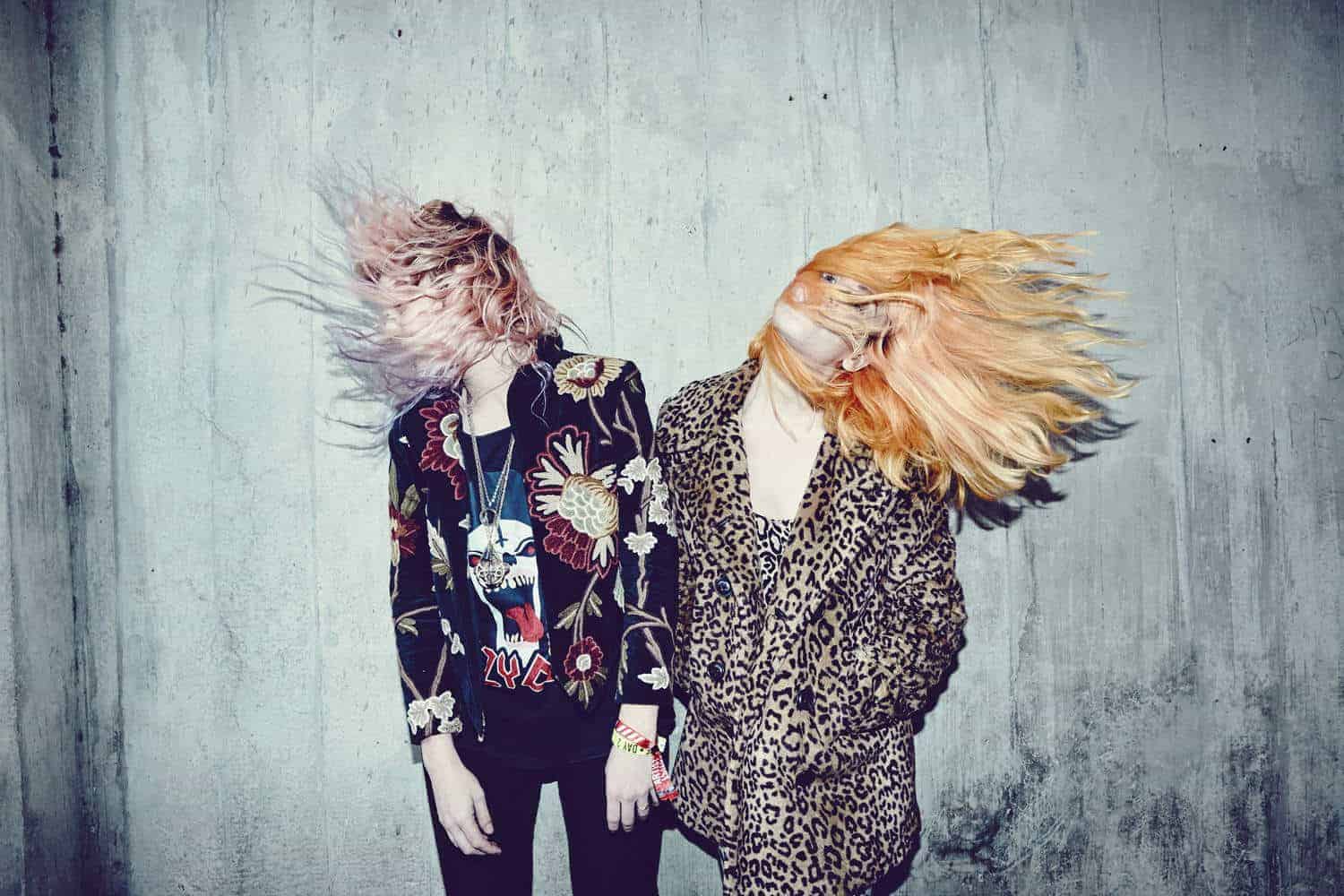 Loud, energetic, and all-around kickass, Deap Vally are back with a vengeance. Femejism is the second album by the blues/hard-rock duo (Lindsey Troy on guitar and vocals, Julie Edwards on drums). Opening with the pounding “Royal Jelly,” they stomp their way into your eardrums with sledgehammers and buzzsaws. This rawness, this ferocity does not let up for the slightest moment.

Even the “softer,” acoustic tune “Critic” seethes and snarls. With brutal honesty, the track knocks all critics everywhere off their “high f**king horse.” (The irony does not escape this reviewer). It starts off sounding very bare—like a recovered demo tape—and then eventually fades up and migrates into the recording booth. Immediately after, “Post Funk” cranks it up for a thrashing, hip-swaying groove. Other standout tunes are “Grunge Bond” and “Two Seat Bike,” both prickly with fuzz guitar and catchy rhythms.

The album title Femejism wasn’t tacked on just for kicks. Deap Vally have inevitably dealt with (in one way or another) the concept of feminism. They’ve dealt with it throughout their lives, let alone their careers. Here, on this album, they address it directly. In “Smile More,” Lindsey declares “And yes I am a feminist / But that isn’t why I started doing this.” They do not wish to separate themselves from the label. However, just the same, they aren’t deliberately trying to be the voice of the movement. They’re women making music, and it’s as simple and complicated as that.

Rock duos (specifically guitar-and-drums combos) tend to be very self-aware of their limitations—there’s only so much that can be done with those two instruments alone. These bands will stretch themselves as far as they can go with what’s at hand. But like any other artist, eventually they’ll branch out and experiment (often to the dismay of their “loyal” fans). Truth be told, not much has been changed since their first record Sistrionix, released in 2013. At this moment in time, Deap Vally are sticking to their powerful, noisy guns.