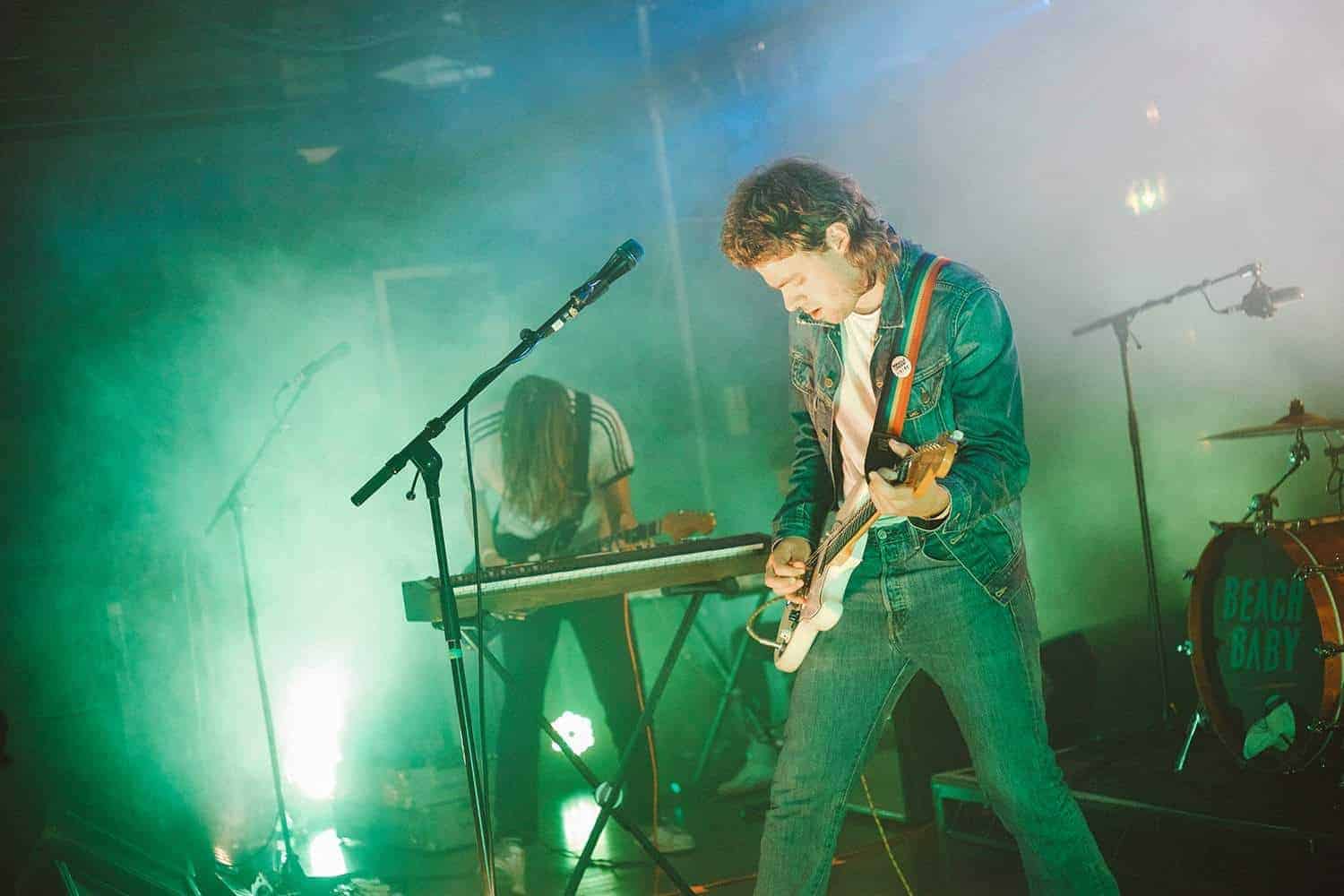 Beach Baby – No Mind No Money

No Mind No Money is Beach Baby’s debut album, though it sounds a lot like a greatest hits record. Beginning with a dark, energetic bassline that would fit snugly among the Pixie’s catalog, “Limousine” starts things off with a punk panache. Is that what one should expect throughout this record? A collection of fast, rollicking, high-octane punk numbers? Well, what first sounds like a particularly hard-hitting song quickly and seamlessly becomes a light-hearted indie rock tune. The heavy bass gets pushed back in the production, giving way to chorus-y guitars and sugary synth. Alright, fair enough. It isn’t all that gritty. In fact, No Mind No Money is well polished, and there is nothing wrong with cleanliness.

However, it does feel as though every song reaches for the same exact goal; a little more of the same here and there throughout. As lively as the music gets (like on “Lost Soul” or “Sleeperhead”) the sleepy vocals and atmosphere generally keep things on the same plane at all times. Beach Baby excel at softly hitting Britpop right on the nose. As they say in penultimate “Powederbaby”: “What did you expect?” Expectations are deadly – especially for reviewers – but some variety, or at least a few more risks, could have made No Mind No Money feel more like an exciting debut than a compilation album released at the end of a band’s career.

There are remarkable moments, nonetheless. Despite the critiques written just above, the highlights are the two most mellow tracks of the album, where things get as sleepy as humanly possible. “Bug Eyed and Blonde” takes you down a lazy river, boasting a deep, round bass and encapsulating drums. Then there is the album closer “How Lucky You Are”: beautiful in its simplicity, executed with understatement and loneliness.

As any musician can testify, making good pop music isn’t all that easy. But Beach Baby make Britpop look effortless. Perhaps the next time around they’ll take more creative liberties and mess with their safe (though effective) formula.