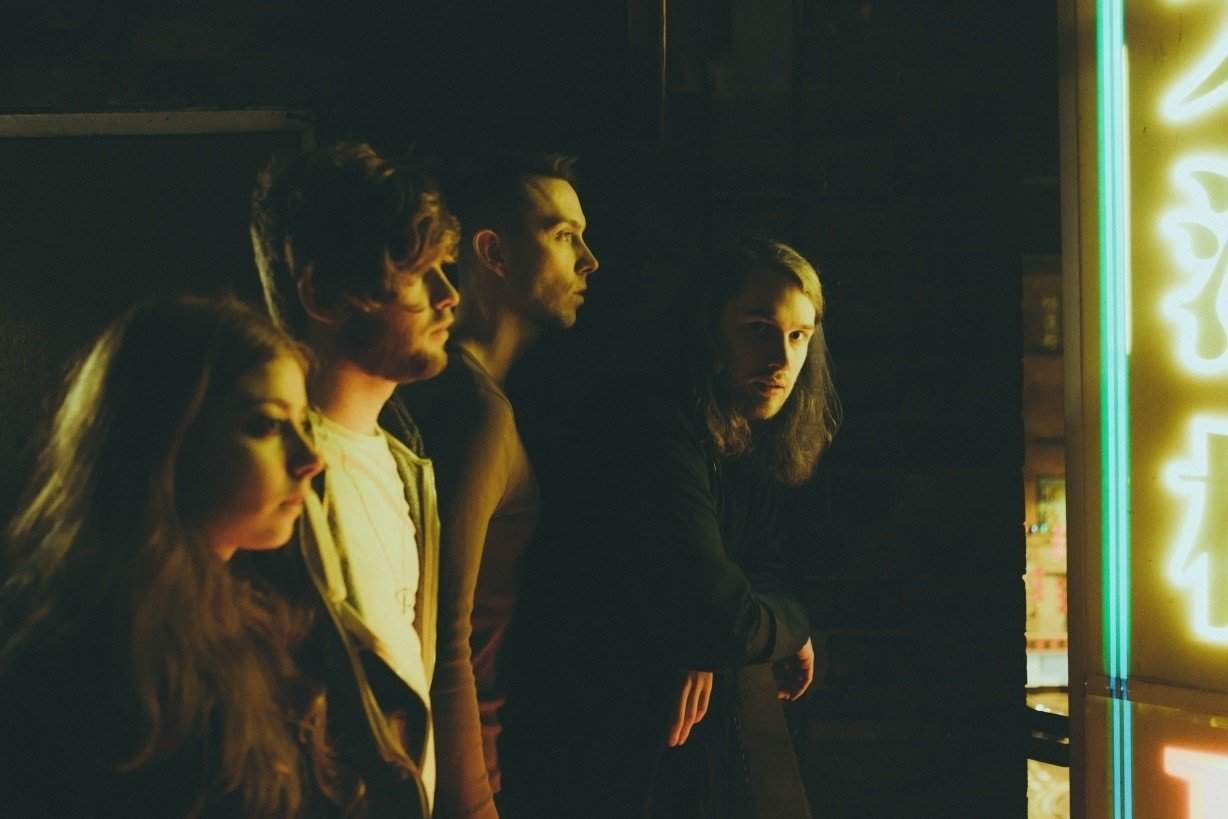 We’ve covered plenty of Lake Komo’s singles in the past, most recently the uplifting “Milwaukee” back in June. New cut “Manners” is a bonus track they’ve decided to share online, a demo not being officially released as a single. It finds the quartet in altogether different mood. Stripped back to a simple set of chords and the enhanced vocal melody from frontman and songwriter Jay Nudd, the dazzling yet melancholy sound goes hand in hand with its incredibly personal nature.

Speaking about the track, Nudd explained, “‘Manners’ is the most personal song I’ve written to date. It’s about a family member who had a huge impact on my life growing up who eventually succumbed to Alzheimers once she met her later years. There’s a sadness in this song that I don’t think will ever be matched in anything else I write, but I like to think that that sentiment is overpowered by the final message of the song, which is the appreciation and love I have for her.”

We caught up with Lake Komo’s Jay and asked him for ten more songs that have inspired him, are his all-time favorites or just current jams right now. You can find them all in our spotify playlist below.

1. Kanye West – Paranoid
808s & Heartbreak is probably the album that had the biggest impact on me in terms of figuring out that I actually wanted to make music for a living. There’s a fearlessness to Kanye that I find so inspiring and whilst he might not be the world’s best rapper, singer or even producer, he has something the rest don’t – he’ll always be important to me because of that.

2. Christine & the Queens – Tilted
I watched these guys play Glastonbury and they completely blew me away. I really love the whole album but to get the full effect of what these guys are doing you have to see it live. The performance gives everything such an optimism that I can’t help but be moved by.

3. Chance the Rapper – Same Drugs
I’ve always been a big fan of Chance but Coloring Book is something else. I could have picked anything from this record and it would be one of my favourites from this year but I’ll go with the one that always stays with me after I’ve listened to it.

4. Bon Iver – Beth/Rest
If 808s & Heartbreak was the album that made me want to make music, then seeing Bon Iver live was the actual moment. I remember going to see him up in Glasglow just after my 22nd birthday and it changed everything. I bought an Irn Bru can that night and it’s still unopened in my room, maybe if I ever met him I’ll let him have it… he’s probably earned it.

5. Bruce Hornsby – Every Little Kiss
Such a big Bruce Hornsby fan, generally when he’s brought up people immediately think of The Way it Is, and whilst that is a great song he has so many more that I think go forgotten.

6. Frightened Rabbit – Head Rolls Off
I remember when a friend showed me The Midnight Organ Fight when I was 18 and it was a huge moment for me musically. I’m pretty sure this album sent me on a trajectory I wouldn’t have taken had I not listened to it, so I owe these guys for that.

7. Jon Hopkins – Open Eye Signal
I’ll always think of my final year of university with this song, my old flatmate with far better music taste than me introduced me to Immunity and I was instantly hooked by how emotional it made me feel. Stick this one on loud if you can and wait for it.

8. John Martyn – Small Hours
I got into John Martyn via Ben Howard, who again was another find whilst I was at university. This guy was so ahead of his time it’s almost silly, using the delay on the acoustic the way he does and marrying it with a drum machine. Also, what a voice.

9. Death Cab for Cutie – Brothers on a Hotel Bed
Simply my favourite song on one of my favourite albums of all time, every time I hear it it’s like I’m listening to it for the first time again.

10. Darkside – Paper Trails
Really gutted I never got the chance to see these guys live, I think the whole album is really amazing and used to have it on constant rotation when it first came out, and “Paper Trails” is the high point for me.