Like an estranged ex, Frank Ocean has returned with a recompense gift: the long-awaited Blonde. (And because Frank Ocean refuses to make things simple, Blonde is stylized as Blond on the album cover). A somber collection of diary-entry musings, Ocean’s second LP takes the themes present in Channel Orange and runs with them. Themes such as nostalgia, loneliness, and heartache are abundant all throughout.

The helium-voiced opener “Nikes” starts the journey with a dragging, drowsy drum beat. Originally, it was released prior to the LP as a music video. Slightly different than the album version, Frank states that he has “two versions.” This not only applies to this particular track. Over the past weekend, pop-up stores appeared in various parts of the country selling magazines entitled Boys Don’t Cry. These issues contained a physical version of the album which had fewer songs (12) but, to make up for it, have two entirely new tracks.

With all this in mind, it’s hard not to think of Frank Ocean as a slightly erratic, borderline hermitic artist. Granted, this cryptic artist has more than enough prowess to pull off his bold vision. He knows what he wants and he wants it to be perfect. Now, whether that means his fans must wait another four years for his next opus is irrelevant.

Blonde is completely glazed in idealism. Ocean reminisces about everything from the summer, jumping into pools from tops of houses, to driving around at night being hypnotized by red traffic lights. Musically, there is a lot of emptiness. Instruments hardly take up any space, and Frank’s vocals are self-reflective. Drums are scarce, and guest features from Beyonce, Kendrick Lamar, and Andre 3000 are less about showcasing the all-star lineup and more about contributing to the overall masterwork.

On “Nights,” Ocean asks a former lover, “Did you call me from a seance / You are from a past life.” Start-stop rhythms keep the track unpredictable. And like some nights, it doesn’t end when you expect it to. It continues on in spite of you, albeit with a shift in tone and tempo.

“Good Guy” rambles like a spoken-word poem, while closing track “Futura Free” caps it all off with static-ridden recorded conversations. Add to this the interludes “Be Yourself” and “Facebook Story,” and it all equals one spiraling narrative of personal pain and existential affliction.

Even if it takes another four years until we hear back from him, Frank Ocean has given us a lot to think about with Blonde. Due to Ocean’s mysteriousness, fans will endlessly pick apart each lyric for clues into his personal life in an attempt to look behind the curtain and peek into his psyche. 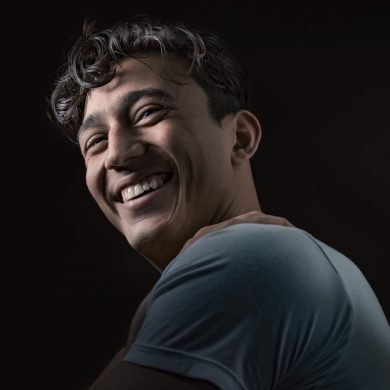