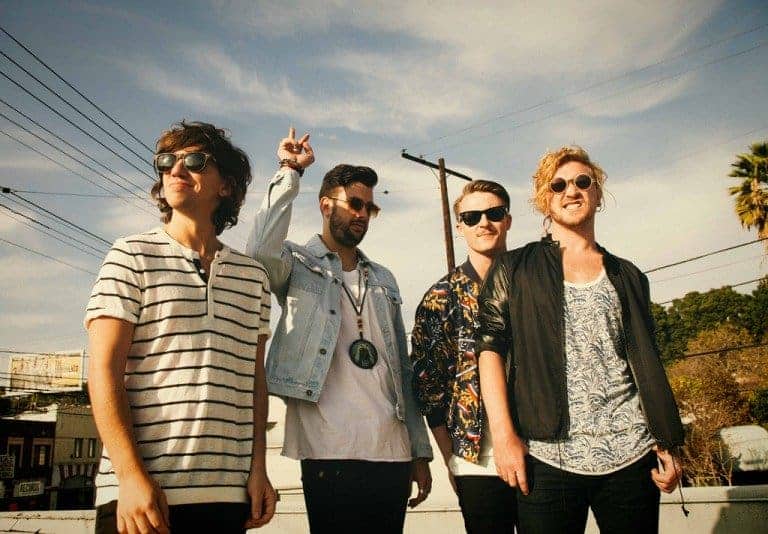 The Griswolds – Out of My Head

Australian quartet The Griswolds are back after their successful debut album Be Impressive with the new tune “Out of My Head.”  A break up song about an ex lover who never put in enough effort, “Out of My Head” is a song for anyone who has been on their own in keeping a relationship alive.

There is no hint of forgiveness laced in these lyrics. They send a clear message, something along the lines of: I tried – you didn’t – time for you to get the fuck out.  “You can’t deny I was the reason we survived, I hope you understand, you fucked it all,” shouts lead singer Chris Whitehall who opened up about the meaning behind the lyrics in a recent interview: “The song is a very honest, heart-on-your-sleeve breakup song about being fucked over, everyone can relate to holding on to the past for too long. There’s also a satisfying sense of victory though as you finally rip the Band-Aid off and rid yourself of someone who is no good for you. It’s not always the easiest thing to do, but at the same time it’s the best thing to do.”  His words could not ring any more true.  Whether in the context of a romantic relationship or not, I think we can all relate to the problems that arise when someone toxic settles into your life and how difficult it can be to remove them once they’ve dug their claws in.

The sound is not necessarily what we’re used to from The Griswolds but, like the song implies, sometimes change is good.  They adopt a more alternative rock sound for this track as opposed to the pop infused indie-rock we heard throughout Be Impressive.  This time around they decided to leave the kids at home with no chorus of youths backing their tracks which, in all honesty, was probably a good decision.  Instead, they opt for band harmonies, which during the second verse add an interesting dynamic between the vocal and guitar line.

The new album doesn’t have a set release date but I know I’m looking forward to it especially with the new direction they’ve taken their sound.  The Griswolds have an upcoming performance on September 18th at the Radio 104.5 Block Party in Philadelphia.