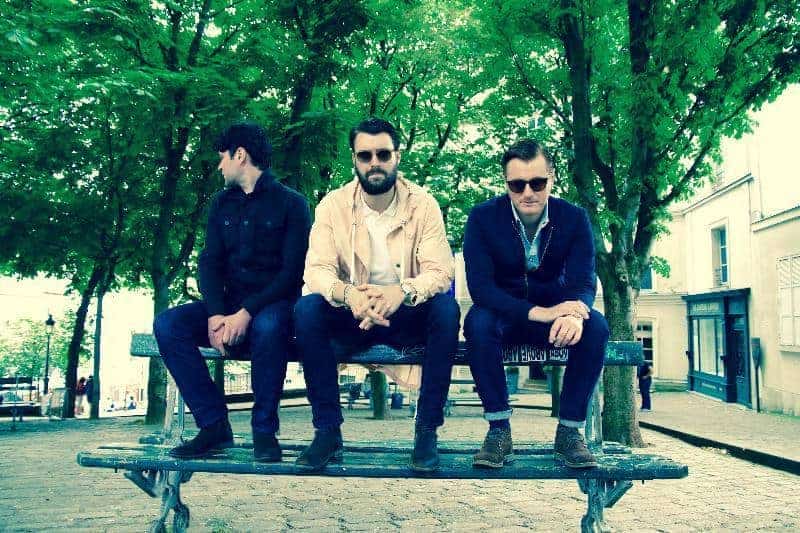 The Courteeners – The 17th

Mapping The Rendezvous is their first album since 2014 LP Concrete Love and will be released on October 21st. Produced by Joe Cross, frontman Liam Fray explained to Radio X, who premiered new song “The 17th” last night, that the upcoming record is “based on the theme of making bad decisions. Or not thinking too much about the consequences… we’re back again to show that you don’t have to be perfect to be loved and that lost causes are the ones most worth sticking with. We’ve finally finished our best and dare I even suggest sexiest set of songs ever so get ready to unleash your inner Danny Zuko and prepare to be (at least mildly) impressed.”

The themes are already front and center with Fray singing “your afternoons are peppered with regret and all the things you want to forget” before dropping into a monstrous chorus “because we’re having such a good time, having such a good time” which rivals “Not Nineteen Forever” with its anthemic and singalong nature.

The new ‘sexy’ sound is illustrated by the deceptively timid start. At nearly five and a half minutes, the song builds with Fray sticking to his casual, hushed delivery for the most part with a shimmering backdrop of piano and some basic percussion. When the guitar kicks in at the midway point it’s a reminder that The Courteeners are rock at heart and fills out the second half in epic proportions, still underpinned, however, the sleek and sexy pop vibes more associated with fellow Manchester band The 1975. And it is not just sonically where they seem to have borrowed inspiration. Earlier this year, The 1975 frontman Matt Healy criticized the British government for the use of pink neon in their EU referendum campaign, something The 1975 had used for the branding of their second album and something that now also features on the single art of “The 17th”.

Let’s hope Matty doesn’t have a monopoly on gold glitter too as it adorns the album artwork for Mapping The Rendezvous which will be The Courteeners’ first release via Ignition Records (Noel Gallagher, Primal Scream and the Coral) come October.