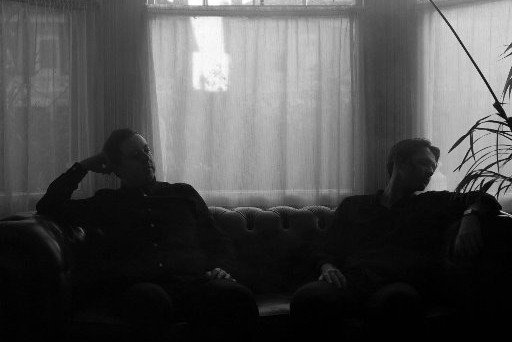 North London duo Tender debut new track “Outside” to celebrate signing with Partisan Records today. Composed of James Cullen and Dan Cobb, Tender is a fitting name for a duo that uses electronic sorcery to guide us through vulnerable emotional states.

Recorded in the basement of their London apartment, quivering sounds and immersive melodies dominate their music. These electronic numbers make us sway rather than dance.

On “Outside,” a plucked instrument recalling the banjo dances over moody vocals, creating dark, folk-inspired overtones. An electric guitar solo wails out the internal conflict of the singer, while a piano subtly fills in the gaps, the emotional threshold steadily growing.

“I will judge myself guilty of loving you too much, I’ll smother you just to feel your touch.” This song feels its way gingerly through the dark, hemmed in by despair. It comes on the brink of a new era for the band: now that they are a signed act, Tender will look to make their live debut and release more music later on in the year.