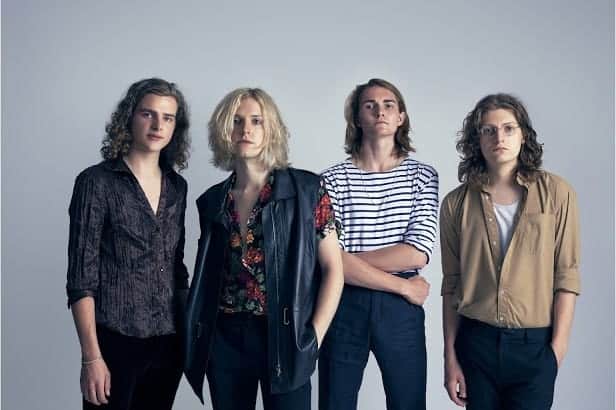 It’s seems like Reading quartet Sundara Karma have been around for a while now. Hazily introducing themselves back in 2014 with debut single “Indigo Puff,” Oscar Lulu, Haydn Evans, Ally Baty, and Dom Cordell are probably best known for guitar-heavy rock tracks such as “Loveblood” and “Flame.” However, they’re all still only 20-years-old and new single “She Said” came with the announcement of their debut album. The record, scheduled for release in January of next year, will be called Youth Is Only Ever Fun In Retrospect.

“She Said” will have listeners instantly hooked by jumping straight into the chorus, the sort of energetic indie rock you can picture blasting in a small bar or live venue the likes of which the four-piece have been building their reputation in. They don’t play those anymore. Not only will September see them tour much bigger rooms around the UK but last weekend was specially significant for the band as they opened the main stage of hometown festival Reading and Northern partner site Leeds on Saturday and Sunday respectively.

“She Said” tells of the toing and froing of a typical night out racked with the usual societal pressures and teenage angst you’d expect between a girl not looking for anything and a love-struck boy. While “she said I don’t wanna go out chasing, I kinda wanna go out dancing, forget about the guys ’cause it doesn’t feel right” the male counterpart spends his night infatuated and bruised: “Acting like he doesn’t care but he’s really the most self-aware… She’s on his mind at least he thinks its true, but ain’t it funny how we’re never certain ’bout the way we are. Another youth wasted and eternally tainted.” The obstacle course that is teenage dating, fun in retrospect as the album title suggests but a confusing cocktail of hormones and emotions at the time. Part accurate narrative, part tongue-in-cheek, “She Said” is a rousing taste of what’s to come from the LP.