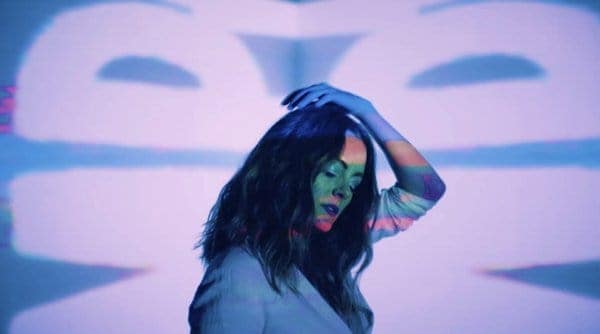 Straight out of Los Angeles, Scavenger Hunt is the make of vocalist/songwriter Jill Lamoureux and multi-instrumentalist Dan Mufson. A common interest in 80s/90s pop and R&B brought the two together and has since led to a swarm of early success within the past year. Tracks like “Lost” and “Dreamers” from their first EP have been featured in numerous campaigns. The duo has also gone on to tour with Dragonette, EUPH. favorite Shura, and Capital Cities.

Scavenger Hunt recently released the first single off of their upcoming second EP just last week. “River Runs Dry” is a shadowy, electro-pop style track that draws inspiration from 80s new wave and 90s pop. A love for synths is very apparent throughout the track; which pairs excellently with Lamoureux’s chilling vocals. Just what we needed to prepare for the transition from fun, upbeat summer vibes to a more chilled-down fall mood, “River Runs Dry” leaves you wanting more, more, more from the tremendous duo.

Keep on the look-out for the group’s forthcoming sophomore EP due to arrive later this year.