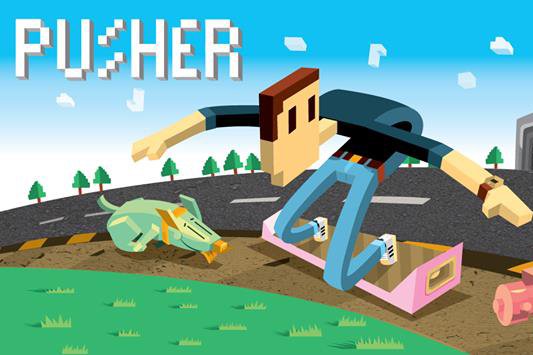 There’s no doubt that in recent years, Canada has begun to be a major player in the music world. From Drake, to Chromeo, to Crystal Castles, there’s some real talent that comes from up north.

The latest name trying to push their way into the ranks is Toronto DJ and producer Pusher. With his self-described ‘shiny colourful music’ he has just released new single “Tell You” featuring Hunnah on vocals.

This is an electronic song unlike anything you can find commonly heard on the circuit. This is an electronic song with bell and piano. The unique sounding instruments (a theme that will show up across this batch of songs) help creates a feel that is light and easygoing. “Tell You” is a true showcase of Pusher’s talent as a producer, down to every background layer. The unconventional bells and whistles almost remove the song from any genre and put it on its own level.

Hunnah comes in with her lustrous voice, giving the song an R&B edge. She drifts through the song, adding something that makes it sound whole. While Pusher is certainly capable of going all instrumental, it’s hard to imagine a song like “Tell You” without the vocal flair that Hunnah brings.

“Tell You” has an electronic base, but is an infusion of everything from soul to pop. This is the second look at his upcoming EP, New Laces, and is just as diverse as the first. From some earlier music that lies more in the house vein, Pusher is really expanding his horizons, positively experimenting, and refining a sound that only he could create.