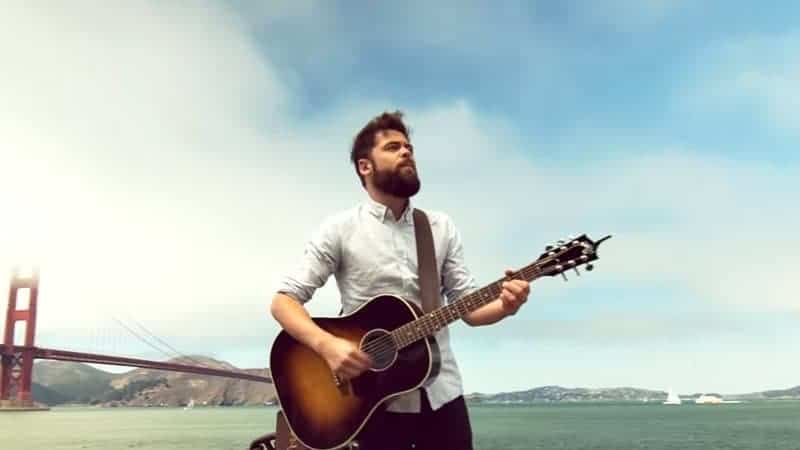 English singer-songwriter, Michael David Rosenberg (better known as Passenger), has returned with a new single from his forthcoming album Young as the Morning Old as the Sea, expected for release September 23rd. The new single titled “Anywhere” acts as a teaser to the album, which is a livelier tune than his multi-platinum hit “Let Her Go” which saw Rosenberg bag a Brit nomination and Ivor Novella award back in 2014.

From the beginning, listeners can recognize that “Anywhere” is a friendly, happy-go-lucky, and easy listening track. It’s a love song that speaks about hope, love, and devotion to another. Rosenberg’s vocals are gentle and unpretentious while providing a steady guitar strum throughout the track. Lyrics like “Darling just look right beside you, oh I’ll go with you anywhere” depict a fixed and doubtless love while the line “I will be with you when the darkest winter comes, I will be with you to feel the California sun” set a romantic tone to the piece. As a whole, the song shows an unbreakable bond between two people – one that is reminiscent of true loyalty and support from one another. This is the type of song that will make people think “How can anyone hate this song?” It just bleeds positive vibes.

As we await the release of the upcoming album, fans can also look forward to the 2016 and 2017 World Tour, where Passenger will be premiering and promoting Young as the Morning Old as the Sea.